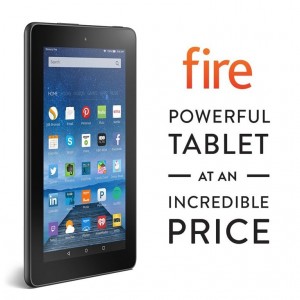 I bought $50 seven-inch Kindle Fires for various TeleRead folks so they could write in depth about these game-changing econo tablets. But what if price-performance were even better?

Done—at least for Black Friday shoppers here in the States! They’ll be able to snap up the seven-incher for a mere $35 and shipping.

Here’s TeleRead’s Amazon bargain calendar for Fire shoppers and others:

Reminder: We’re gung ho on Kindle hardware, not so much on Amazon’s proprietary format and DRM. But we’ve shared some workarounds. You can run many and probably most Android apps on the $35/$50 Kindle even without installing the Google Play Store on it. That includes such wondeful e-reading apps as Moon+ Reader Pro.

And a question: With an e-book capable tablet selling for just $35 on November 22, why not check in with your local library about whether (1) it would be useful there and (2) whether it’s easiest just to donate the money with the understanding that it will go for the tablet(s)? Anyone planning to do this?