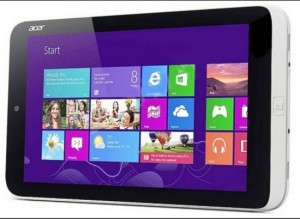 The world’s first ever Windows 8-powered tablet to sport an 8-inch display has been the star of numerous “leaks” over the past couple of months, plus one or two (more or less) official intros, but it’s only now available for pre-orders.

The name is W3, Acer Iconia W3, and Amazon and Staples are the first online retailers to (promise to) ship it. Both sellers have the 8-incher listed at $379.99, but for now you’ll probably be more inclined to deal with Staples, as shipping is said to only take between one and seven business days.

Meanwhile, Amazon vows to deliver the W3 in no less than three weeks, which is not exactly an eternity, but still a little inconvenient.

Whatever your choice may be, you’ll still end up with a neat little slate packing a decent amount of heat under its hood and running Windows 8, with a likely update to 8.1 happening in the near future. The W3 is powered by a zippy 1.8 GHz Intel Atom CPU and comes with 2 gigs of RAM, 64 GB of internal storage space, plus a microSD card slot in tow.

Not bad, though the display boasts a fairly modest 1,280 x 800 pixels resolution and there’s only a 2 MP camera fitted on the tab’s front. 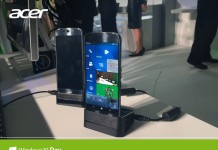