Here’s the beginning of a thoughtful article by Tim Carmody in Wired’s Epicenter.  The rest of it is well worth reading:

Here are two surprising holiday shopping season success stories. They’re even more surprising because they seem to directly contradict each other.

First, Amazon, which has historically kept its sales figures for Kindle e-readers tightly under wraps, announced that it’s sold more than a million Kindle devices each week for the past three weeks. Priced between $79 for the new entry-level Kindle and $199 for the Kindle Fire tablet, that’s hundreds of millions of dollars in revenue every week for the Kindle division, not counting books, videos and apps.

Second, brick-and-mortar bookstores, many of whom expected to take a steep hit from the boom in e-readers, are instead reporting substantial year-over-year gains this holiday season — big chains like Barnes & Noble and indie booksellers alike. (Major factors here include the demise of Borders as well as the success of tentpole titles like Walter Isaacson’s Steve Jobs.)

Yet if you only paid attention to debate on the internet, you would think that Amazon and local bookstores were locked in a zero-sum fight to the death. Battle lines have been drawn, with writers at The New York Times leading one side and Slate the other. It’s knives out from here to Christmas.

I want to show how this entire argument pitting local book stores against online-bookselling juggernaut Amazon is based on profoundly flawed premises. It misses the significance of Amazon’s transformation of retail — not just books — as well as the transformation of literary culture that’s been wrought by the web. And not just Amazon.

Thanks to Michael von Glahn for the link.

The mystery of the U.S. 287 paperbacks 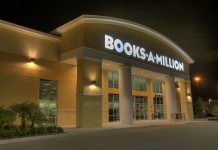 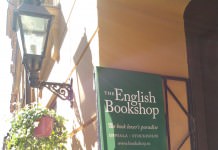