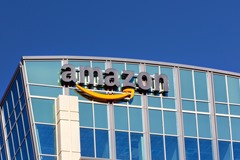 Amazon’s filed another lawsuit against sites offering verified Amazon reviews for money, TechCrunch reports. The sites Amazon targets have been doing business rounding up shills to post reviews for them in return for offers of free products and sometimes even cash. The sites include Amazonverifiedreviews.com, Paidbookreviews.org, Amazonreviewstar.com, Buyamazonreviews.info, and Reviewconnections.com.

Though we may not have mentioned them before, this is the third time Amazon has sued fraudulent review sites and other “bad actors.” In October it sued some would-be reviewers who posted offers to fake product reviews via Fiverr.com, and earlier it sued a number of other fake review web sites.

Amazon’s fervor isn’t exactly hard to understand. Amazon has built a huge part of its reputation on the trustworthiness of its customer reviews (even famously refusing to remove negative product reviews), and as long as there are sites like this that cast that trustworthiness into doubt, it harms that reputation. Hence, Amazon will do everything it can to get rid of them. In a statement to TechCrunch, Amazon said it had filed lawsuits against over 1,000 defendants, and been able to ban sellers and reviewers based on the information it has obtained during the suits.

This comes as part of the same crackdown that has seen Amazon engage in false-positive review removals from people who were even associated with authors via social networks. While Amazon’s willingness to remove well-intentioned reviews from fans is distressing to those fans, it does show how seriously the company takes this issue.