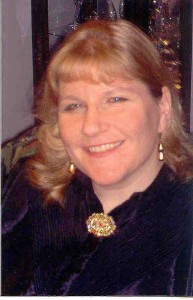 The non-disclosure agreement governing the current negotiations between online retail giant Amazon and publishing corporation Hachette sometimes seems about as effective as a gag order in a custody battle between Hollywood celebrities.

Hachette has released multiple statements and leaks about the negotiations, including a claim that “Amazon has been demanding payments for a range of services.” Amazon made a statement in May, eventually followed by an Amazon executive telling the media in July, “This discussion is all about e-book pricing.”

However, apart from such occasional tidbits, there’s little information about the specific terms on the table. And in the absence of details, there has been a great deal of speculation, supposition, and passionate side-taking. There are those who vehemently criticize Amazon, such as the New York publishing establishment, many vocal Hachette authors, some celebrities, and quite a lot of the media. There are also those who defend Amazon, including many vocal self-published writers, some bloggers, and some small publishers. Predictably, Hachette’s defenders and detractors are the exact opposite of Amazon’s.

I’ve been a full-time, self-supporting novelist for the past 26 years, and I, too, have passionately taken a side here. I am on my side.

And I have yet to encounter a large business corporation that’s on anyone’s side but its own, so I decline to take either side in a business dispute between two large corporations arguing over their own profit margins.

If Amazon wins, any additional money it earns from Hachette books will not be sent to Hachette authors.

If Hachette wins, is it going to raise digital royalty rates, for which the “industry standard” among the major houses is currently 25% of digital net? Or will it implement a fair reversion clause for the author’s licensed rights? Hachette has given no indication that these measures are anywhere in its plans, regardless of the outcome of these negotiations. I am also frankly skeptical that a victory for Hachette here will lead to any improvement in its authors’ earnings.

As far as I can see, there is no scenario in which writers will emerge better off from this negotiation. There are only scenarios in which they’ll maintain a status quo I consider inadequate, or emerge worse. So as far as I am concerned, a plague on this negotiation!

Which is not to say that I don’t understand the gravity of Hachette’s position. After all, it’s estimated that Amazon now controls up to half of all book sales in the US. That makes it a market that the famous Big 5 (Hachette, Simon & Schuster, HarperCollins, MacMillan, and Penguin Random House) can’t afford not to do business with, even if they hate the terms on the table.

And, boy, do I know how that feels! After all, I spent most of my writing career in precisely the same dilemma: I was in a terrible negotiating position for every book deal I made for years, because my only realistic choice was “take it or leave it.”

Due to the way that production and distribution of books functioned until quite recently, a book contract with one of the major houses was just about the only feasible way for a commercial fiction writer to reach readers and earn income with a novel. And the major houses knew it—which put them, when dealing with writers, in the sort of extremely powerful negotiating position that Amazon is currently in with Hachette.

The market-dominance that major publishers had in negotiations with writers cemented what we know as “industry standard” clauses, a situation wherein their book contracts are virtually indistinguishable from each other. And because of the lock that publishers had on book production and distribution (realistically, how were you going to get 50,000 copies of your novel produced and distributed without them?), none of the publishers needed to compete with each other by improving terms or innovating the way they dealt with writers.

Yes, if there was a writer or a book that more than one of them really wanted, they’d negotiate on the advance certainly, and even on some of the contract terms. But for the vast majority of writers, even if the advance was negotiable (and often it was presented on a take-it-or-leave-it basis), key contract terms were not negotiable. And they are still not negotiable. Several years into the digital revolution and the rise of a huge self-publishing industry, the major houses still aren’t negotiating with writers on various key contractual clauses that are virtually identical from house to house.

So, yes, I certainly understand the situation that Hachette is in when dealing with Amazon, and I can appreciate Hachette’s frustrations. But I’m not sympathetic, since Hachette is one of the same companies that were—and still are—implacable in their “industry standard” and “non-negotiable” contract terms with writers, after all.

Finally, no, I do not see Amazon as my friend or champion. Amazon is just doing far and away the best job of selling books (particularly ebooks), and that gives them enormous power. Indeed, I don’t disagree that it gives them too much power. I just disagree with many people’s proposed solutions (such as boycotting, price-fixing, or government intervention).

I believe the very best solution would be a thriving, competitive book retail market with many strong vendors and outlets. So I’d really like to see Apple, BN.com, Kobo, and other online vendors, including new and future ones, get their heads in the game and become very successful. The more competition there is, the better my own choices and negotiating position will be in this world of big corporations that are not on my side.

Laura Resnick writes the Esther Diamond urban fantasy series for an independent publisher whose list is distributed by a major house, and she self-publishes her backlist. 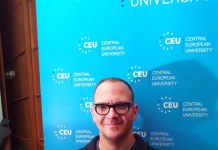 Cory Doctorow speaks on self-publishing, Amazon, DRM, Hachette, and a whole lot else besides

Amazon and Hachette finally agree to a contract!