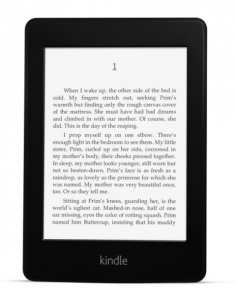 By Arnold Zafra | for the Technology Tell network

Aside from the new Kindle Fire HD, Amazon yesterday unveiled its fifth generation Kindle reader—the Kindle Paperwhite—which, according to Amazon, is by far the most advanced e-reader it has released so far.

This new Kindle reader comes with 62 percent more pixels and 25 percent more contrast than its predecessor. It also uses a patented built-in front light which makes the e-reader adapt to all lighting conditions … hence making the e-reader not perfect for reading anywhere.

The Kindle Paperwhite also boasts of up to eight weeks of battery life and a thinner design than its predecessor. Other features of the Kindle Paperwhite include Wi-Fi, a 7-inch capacitive touch display, hand-tuned fonts, the new Time to Read feature, the X-Ray feature and Whispersync with Voice. 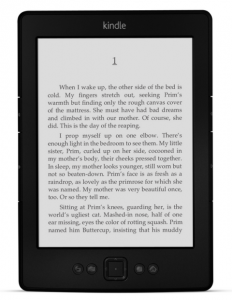 Aside from the Kindle Paperwhite, Amazon also introduced the latest incarnation of its basic Kindle e-reader. This new Kindle reader has new and improved fonts, 15 percent faster page turns, support for children’s books and comics, and new parental controls with the Kindle FreeTime feature. At 5.98 ounces, it’s also now lighter, and it maintains the same sleek, slim and small form factor as the previous models. What’s even sweeter is the fact that this new Kindle reader is now only $69. (Or $89, if you don’t want to put up with Amazon’s ‘Special Offers’.)