Update: E-reader bargains and others at Amazon. 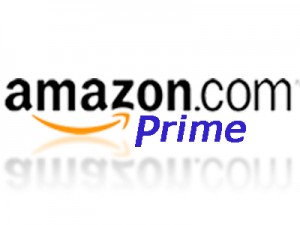 Tomorrow, Amazon celebrates its 20th anniversary with a “Prime Day” sale, available exclusively to Amazon Prime members. But its competitors aren’t standing idly by. Wal-Mart is launching its own online sale, with over 2,000 items marked down for all its customers and a temporary reduction of the minimum order for free shipping from $50 to $35. Meanwhile, Target just finished running a “Black Friday in July” sale, and Best Buy has one scheduled for July 24-25.

Amazon’s “Prime Day” seems to have set off quite a few reactions—not just in terms of sales, but also with authors agitating for an anti-trust investigation of Amazon. It doesn’t seem likely they’ll be any more successful this time than they were when the Department of Justice looked into Amazon when they were getting their anti-trust case against Apple and the publishers ready. Passive Guy has some excellent comments on the matter on The Passive Voice.

Amazon really has done an amazing job capturing market share, hasn’t it? It’s easy to see why some folks are worried about that. Still, I just can’t see the Department of Justice intervening at this point.