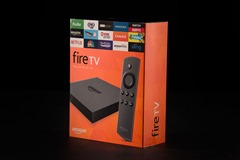 On The Digital Reader, Nate Hoffelder is bemused that Amazon is ignoring the e-ink Kindle while adding text-to-speech to pretty much every other media platform it has. But from my perspective, given the Codex Group presentation I saw at BookExpo America, Amazon’s rationale seems fairly obvious. Peter Hildick-Smith suggested that Amazon is de-emphasizing its e-ink readers in favor of plugging multimedia-capable devices that can display all the media Amazon sells—not just e-books. Rather than trying to make the Kindle even cheaper than the Fire, it’s come out with the $300 Oasis which seems aimed mainly at the dwindling number of people who have and like e-ink readers already—and doesn’t have text-to-speech capability either.

Given that if you’re having your device read a book aloud to you, you’re probably not looking at the screen anyway, it makes more sense to put it on devices whose sole purpose isn’t to display books in the best possible way on the screen—especially if those other devices can buy and use other forms of media too, which is what Amazon wants you to do. It might be a disappointment to people who want that capability available on everything—but for the moment, it looks like an afterthought add-on dongle for the Paperwhite is going to be the best Amazon will do in that regard.

I wonder how long it will be until Alexa comes to the Fire tablet, too?