For a long time I have advocated buying ebooks from Barnes & Noble. Not because B&N was the cheapest or had the very largest selection (although I admit that I consider the argument that Amazon has more titles than B&N to be a specious one; after all, does it truly matter that one has 1.3 million titles and the other has 1.1 million titles, as long as the store where I shop has the title I want to buy? How likely is it that I will read even 10% of the available titles — or, more importantly, even have an interest in 90% of the titles that make up those numbers?), but because I do not want to see a retail ebook world that is essentially Amazon only.

Alas, B&N seems to be doing its darndest to give the ebook world to Amazon on a silver platter.

In recent weeks, I was given a Nook Tablet as a gift. It is an excellent device and works smoothly with the B&N ebookstore. I think B&N’s hardware is excellent and even many of the critics rate the B&N devices as the better devices.

Between the Amazon and B&N ebookstores, I prefer the layout of the B&N store. Whenever I visit the Amazon store, I feel like I am being assaulted by an infomercial for some unneeded and undesired product that shows at 2 a.m. on local TV. I know that Amazoners praise the one-click buying system at Amazon, but I don’t find the two-click system at B&N overtaxing.

The bottom line is that I think B&N has a lot going for it, yet it is handing over to Amazon a little bit more of the ebook world daily. B&N has a significant flaw, one that it appears unwilling to address, or perhaps it is simply unable to address. That flaw is customer service.

As I reported in an earlier post (see The Tablet and Me: The Nook Tablet), the impetus for giving me the Nook Tablet was the deal combining a New York Times subscription with a discounted Tablet. Those of us who read the Times know that it is a morning newspaper — it is meant to be read at the start of the day, not at the end. When I had the print subscription, the paper was usually delivered by 4 a.m. and no later than 5:30 a.m., allowing me to read the Times at breakfast (I am an early riser). This delivery schedule was met day after day, year after year, the exceptions generally being when Mother Nature intervened and prevented timely delivery. If the Times was not delivered on time, a quick telephone call resulted in a credit to my account. No-hassle customer service.

What I get now from B&N is the electronic version – bits and bytes sent over the Internet — that is, when I get it. Some days it arrives by 5:30 a.m., but never earlier; some days it arrives by noon or later; some days, it doesn’t arrive in a timely way at all. So when it doesn’t arrive by 5:30 a.m., which is already late as far as I am concerned, what can I do? Turns out: nothing.

You can’t contact B&N customer service because it isn’t open; it has banker’s hours. When it does open and you do get someone, as helpful as the initial reps may want to be, they are hamstrung by B&N policies, at least as communicated by the customer service representatives.

On one occasion, when the Times hadn’t arrived by noon, I called and asked for a credit. The customer service rep tried to give me one but couldn’t, and so very politely passed me to a supervisor. At first, the supervisor told me I’d have to take the matter up with the Times. I replied that it was B&N that sold me the Times, it is B&N that I pay every month for the subscription, and it is B&N that delivers the Times to me, so why would I contact the Times?

The supervisor then told me that it was my problem, not B&N’s; that B&N doesn’t give refunds even when it doesn’t deliver the purchased item; that there would be no credit of any kind; and I ‘had to eat it.’ I suggested that not only was this theft, but more importantly to B&N, it was giving paying customers another reason to abandon B&N for its arch-rival Amazon.

I understand that we are not talking a lot of money – about 40¢ – but it is the idea that B&N simply doesn’t care that matters (and I’d be less concerned if this happened once rather than several times over the course of a few weeks). After the incident, B&N sent me a satisfaction survey. I wrote of my dissatisfaction and even gave my telephone number so B&N could followup. I’m still waiting for that followup. In my business, if I get a hint of dissatisfaction, I’m on the telephone trying to do damage control. It doesn’t always work, but I try. B&N seems impervious to the idea of customer satisfaction.

(This disinterest in customer satisfaction goes back to the beginning of B&N’s latest foray into ebooks. You may remember my complaints about how B&N treated its club members when it introduced the original Nook. B&N refused to give members the 10% discount on the Nook, claiming that, even at $250 per Nook, it was losing money. Not long thereafter, the price dropped to $150 before going even lower. I had wanted to buy two Nooks and ended up buying none.)

Is Amazon better? I only know what I read and what I read is that had I had the same problem with Amazon, something would have been done. I also suspect that Amazon would deliver the newspaper on time. But it really begs the question to ask if Amazon’s customer service is better — it can’t be worse! And this is what B&N doesn’t seem to understand. Customers will put up with a lot if they think they are being fairly treated; if they think they are not being fairly treated, they will put up with little to nothing — and will let others know of their dissatisfaction.

The point is that it is these little slights to customers that build into major frustrations, and it is these little things that should be taken care of immediately. You are better off putting out the fire while it is still in the BBQ than waiting for it to ignite the forest – a lesson that B&N sorely needs to learn.

I am happy with my Nook Tablet; I really cannot say enough good things about the device to express my pleasure with it (I like it so much that it has been a month since I last used my Sony 950). I enjoy shopping at B&N’s ebookstore (although I dread what customer service I will get should I buy the wrong ebook or an ebook that is missing material). I especially like that I can automatically download ebook purchases to my Nook Tablet, as well as download those purchases to my desktop computer for storage (and that it is easy to strip the DRM from B&N ebooks so they can also be read on my Sony 505 or 950). All of this is to the positive.

Yet the problems with customer service, the limited hours of operation, and the attitude that the customer is to blame is irritating. I’m gradually getting closer to leaving B&N in the dust; each time I call customer service and am told I need to ‘deal with it,’ and am displayed B&N’s indifference to customer satisfaction, I get closer to saying ‘Enough already!’ What holds me back is my unwillingness to give the ebook market over to a single gorilla ebookstore. But what I want may be of no matter as B&N seems to be working diligently to turn another customer into an ex-customer.

Ultimately, whether B&N survives the ebook wars will rest on its customer service. So far, it is losing. 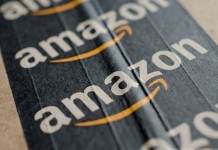 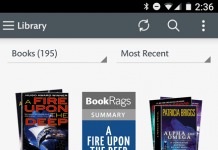 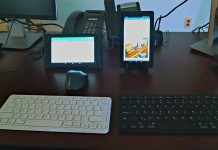 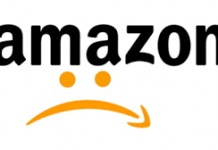