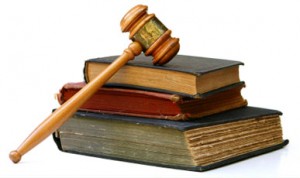 Do publishers deserve special treatment from anti-trust courts? Paid Content reports on antitrust experts who said no at a New York book event this week:

“There’s never been a defendant sued for antitrust who didn’t think their market was special,” said Chris Sagers of Cleveland State University, adding that “agency pricing”  (a commission-style pricing system used by the publishers to check Amazon) is just another word for price-fixing.

This is basically in line with the arguments the Department of Justice made in its response to public comments, and its arguments in the hearings concerning whether the proposed settlement should go through; Judge Denise Cote evidently found it convincing, since she permitted the settlement to go through without any delays.

But meanwhile, people like Bob Kohn have been insisting that, no, the publishing market is special, and citing precedents like crazy to support their case. It kind of makes me wonder—will the settlement survive appeal? Will the publishers who didn’t choose to settle lose in court as the DoJ’s legal theory wins out? The more experts chime in affirmatively, the more likely it starts to seem to me. I look forward to finding out.