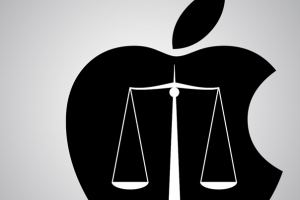 The Apple trial over the last few days has taken an interesting turn. Essentially, Apple complained to the court that the special anti-trust monitor Judge Cote assigned, Michael Bromwich, has been getting too big for his britches, seeing to investigate all sorts of things outside of his usual purview, and charging Apple a whopping $1,100 an hour for it. (Bear in mind, Apple’s own lawyers get as much as $1,800 an hour.) Apple was also upset that the judge recently amended Bromwich’s brief to include making reports to her without any Apple representatives present.

(The Wall Street Journal, owned by Rupert Murdoch’s News Corp the same as settling publisher Harper Collins, has gotten rather vociferous about Bromwich in an editorial, raising the specter of nepotism and claiming that he and Judge Cote are old friends. But then, considering the paper’s ownership, that’s probably to be expected.)

In her response, filed only a day or so later, Judge Cote reminded Apple that there was an established procedure for filing protests about the anti-trust monitor, and complaining to her wasn’t it. They were supposed to complain to the DoJ first, then only bother her if they couldn’t hash it out among themselves. She did backtrack as far as canceling the private reports, however.

But perhaps the more interesting news emerged from Judge Cote’s hearing on Friday approving the final e-book price-fixing settlements, for late-settlers Macmillan and Penguin. As expected, she approved their terms, a bit more punitive than the other publishers’ because they were the last to settle. And as part of this hearing, pro-agency-pricing gadfly Bob Kohn finally got his day in court.

Kohn, you will recall, is the persistent publishing industry exec who has constantly complained about the terms of the settlement—because the publishers, in settling, were not about to do it themselves. His argument, which he has previously filed in several briefs (including a comic book), is that price fixing that would otherwise be illegal is permitted in situations where it creates more competition. He cited the decline in Amazon’s market share from 90% to 60% as evidence competition had been increased.

Unfortunately, while Judge Cote noted that the arguments Kohn made were impressive, she doubted that he would have the standing to appeal since he is not a direct party to the case. This doesn’t mean he can’t try, but it probably will make his job of convincing appeals courts harder.

Regardless, the last of the settlements have been approved, and the funds will begin being disbursed to consumers soon. It won’t amount to much—about $3 for a bestseller, down to about 75 cents for non-bestsellers. Nonetheless, at least it will be something.