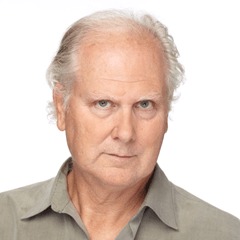 The day after my previous column about Fortune writer Philip Elmer-DeWitt comes the news that Mr. Elmer-DeWitt is leaving Fortune at the end of the month to write a blog of his own, which he’s calling Apple 3.0.

According to Re/Code, Elmer-DeWitt said that his editor wanted him to write about other subjects than Apple, and he didn’t want to do that. He’d been writing Fortune’s column about Apple since 2007, after all—and had been writing for Time in general since 1979.

Elmer-DeWitt’s blog will feature a $10-per-month three-day paywall—three days after he posts it, each article will become available to the general public. This is an interesting idea for a paywall—it wouldn’t work for a pure news site, but columns on an opinion blog will still be relevant a few days after they’re posted. The one drawback I can see is that when his articles pop up in an RSS feed, they’ll still be three days away from being readable. Who’s going to keep them around for that long?

Still, I’ll check his site out from time to time. He’s a good writer, even if I couldn’t agree with his perspective on the agency pricing case. Best of luck to him with his own tech blog.