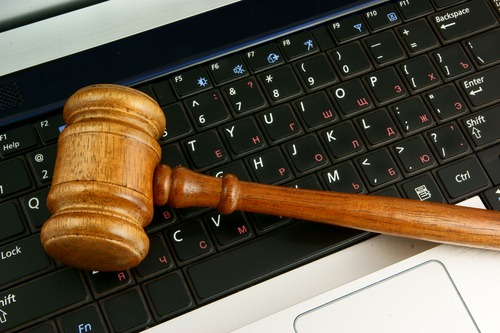 Looks like Apple is doing whatever it can to flee from Judge Cote. Andrew Albanese reports at Publishers Weekly that Apple has filed a motion to split the state and class-action agency pricing lawsuits away from the Department of Justice trial and move them to districts in northern California and west Texas, respectively. It argues that they had only been consolidated for the purposes of pre-trial activity only, and now that said activity is over, they should get to move back to the districts where they had been filed. (I checked PACER but didn’t find any of these filings there yet.)

Judge Cote set the deadline for opposition to the remand to March 7, with replies to those filings due March 14.

Apple also filed opposition to the state and consumer class action motions for summary judgment, but filed it under seal so it is not yet public. It did say that it feels that summary judgment should be decided not by Judge Cote, but by whatever court ends up with jurisdiction over the respective cases.

I certainly can’t blame Apple for wanting to move its trials to more friendly climes before damages are decided. Not being a lawyer myself, I don’t have any way to determine how good a case they have for the moves. Either way, Apple will still have to deal with Cote, and her appointed mediator Magistrate Judge Michael Dolinger, for matters pertaining to monitor Michael Bromwich.