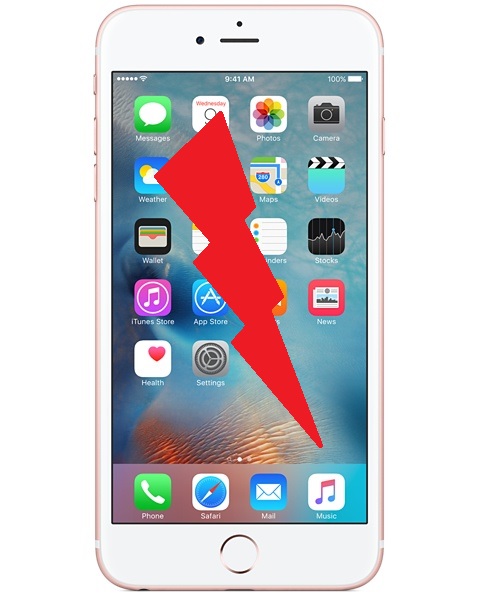 The reports of Apple’s death may be greatly exaggerated. But business press headline writers are already penning gloomy prognostications off its second quarter earnings statements, most of all because of a drop in iPhone sales and no compensatory lift from any other piece of technology.

In Apple’s second quarter 2016 results, the company announced that it “posted quarterly revenue of $50.6 billion and quarterly net income of $10.5 billion, or $1.90 per diluted share. These results compare to revenue of $58 billion and net income of $13.6 billion, or $2.33 per diluted share, in the year-ago quarter.” This performance was weaker than expected, with a 16 percent drop in iPhone sales year-on-year, and forward guidance was no better. We’re now looking at two consecutive quarters of slack iPhone sales. The Financial Times dubbed this “The end of iPhone’s glory days?”

Quoted in the New York Times, Toni Sacconaghi, an analyst at the Bernstein brokerage firm, said: “There’s no question that Apple’s best days are behind it. The company grew at astronomical rates, and it’s now so big that its ability to grow at those rates doesn’t exist anymore.” Apple’s shares duly fell 8 percent in after-hours trading.

Growth levels per se wouldn’t make such a difference if the tech story were more persuasive. I don’t read anyone forecasting massive sales growth from the Kindle Oasis, for example. But that piece of tech actually has the power to move perceptions and positioning for Amazon’s entire ebook/e-reader platform, and for the company itself. Apple has nothing like that up its sleeve, or in the market right now. And the Financial Times also reported a drop in average iPhone sales prices of almost $50, as customers went for cheaper models. In other words, Apple’s audience is backing off from the premium branding/bling factor that was and is one of the iPhone’s main competitive advantages over Android rivals.

And note that the Kindle Oasis isn’t breakthrough technology. It is smart product line positioning, though, opening up a top-end luxury segment for the Kindle range. That’s the kind of retail nous that Apple used to show. This is a product line development story, but absolutely not a tech innovation story.

Should this really be a worry for Apple fans? As I said repeatedly before, the 9.7 inch iPad Pro is probably the best onscreen reading experience available right now, outside of e-paper. Anyone ready and able to pay for it won’t be disappointed.

So why am I indulging in schadenfreude about this? It’s not about an Android/Amazon fan’s tech envy, believe me. It’s because Apple has been a victim of its own walled-garden mentality, and of its own relentless Reality Distortion Field hype. It’s boxed itself in, and saddled itself with unachievable expectations. Apple may now be the new Sony, unable to match its past category-defining brilliance (in Sony’s case, the Walkman), and still cleaving to a not-invented-here model that cuts it off from alternative growth channels. See what happens when you shut the rest of the world out and listen to nothing but your own propaganda?

For eager ebook readers who are also Apple fans, my advice is simple: Don’t buy on iBooks. Stick to the iOS Kindle app, or other open EPUB e-readers. Because if you don’t, sooner or later you will wish you could port your iBooks library over to some other attractive piece of novel tech from Amazon or some Android device maker. Like the Kindle Oasis, for instance. Remember what happened with the Microsoft Reader app and ebook libraries. I lost plenty of ebooks I’d paid for when that went under. I’m not saying that Apple would ever shut down iBooks – just that Apple’s probable business fortunes may restrict your e-reading choices in future in ways you won’t welcome. And why box yourself in when you can stay out in the open? Look what it’s doing to Apple, after all.