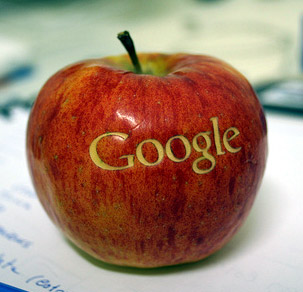 From the Never-Ending Rumor Mill Department this afternoon comes the story of an anonymously-sourced article that appeared in last Thursday’s edition of the San Jose Mercury-News. The story, which also ran in the Guardian and numerous other print and online publications, suggests that Google CEO Larry Page and Apple CEO Tim Cook “had a phone conversation last week,” following Apple’s $1.05 billion win over Samsung.

Reuters reporters Alexei Oreskovic and Poornima Gupta appear to have been the team that broke the story; the following quote, regarding the possible subject of Page and Cook’s discussion, comes from their report:

“One possible scenario under consideration could be a truce involving disputes over basic features and functions in Google’s Android mobile software, one source said. But it was unclear whether Page and Cook were discussing a broad settlement of the various disputes between the two companies, most of which involve the burgeoning mobile computing area, or are focused on a more limited set of issues.”

For a slightly more nuanced and opinionated view of the rumor, take a look at this piece written by Matthew Panzarino, The Next Web’s news and Apple editor.