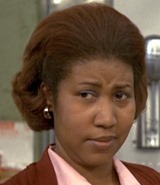 If you spend much time on social media, you’ve seen those stories show up in your friend feed—a satirical piece that someone assumed was true.

Sometimes it’s easy to catch, if it comes from a known satire site like The Onion or Duffelblog (though Duffelblog may not be as familiar to people who don’t have a lot of ex-military social media friends). But if it’s an unfamiliar site, the stories can sometimes seem believable enough that you believe them yourself for a bit. (It’s especially common around April Fools Day, but thanks to sites like this, it’s now April Fools every day of the year.)

Some of these sites aren’t exactly careful to be obvious about it, either. Sometimes the only way you can tell is a cutesy little motto at the top of the page. In fact, I wouldn’t be surprised if many such sites intentionally went out of their way to make it hard to tell out of a misplaced sense of amusement at seeing people take their stories seriously and share them to social media.

Well, this trend has reached its logical conclusion. No less a personage than Aretha Franklin has filed a $10 million suit against one of those sites, The News Nerd, for showing her a distinct lack of R-E-S-P-E-C-T. A fake news story it presented, positing a catfight between her and Patti LaBelle, went viral, and Franklin is not at all pleased about it.

The article about the suit notes that the only sign the site presents that its news is satire is a disclaimer at the bottom of the page. Checking the site now, the disclaimer seems to have migrated up to right above the lede. It’s still in a light grey font and easy to miss if you skim past it. And it seems like so much of an afterthought, I have to wonder if it was really originally there at all. (The News Nerd isn’t archived on archive.org, so I don’t have any way of checking whether that disclaimer was even there at all when the story was originally posted.)

As with many of these sites, if you look at the front page of The News Nerd you’ll see that the stories in aggregate are all so ridiculous that there’s no way you’d believe the site was serious. But if you ran across just one of them in isolation, especially if it was one of those that you really could believe happened, how would you tell? As for the Aretha story, celebrity catfights are common enough that it’s certainly plausible, and the satirical disclaimer was apparently easy to miss—if indeed it was even there at all when the story was originally posted.

Poe’s Law posits that “Without a blatant display of humor, it is impossible to create a parody of extremism or fundamentalism that someone won’t mistake for the real thing.” But perhaps the law is a bit too narrow in focus. It’s depressingly easy to create a satirical news story about any topic that lots of people will mistake for the real thing. And that seems to be the core of Franklin’s case: the site is just too deadpan.

“The stories were not presented as satire or humor,” Franklin said through her publicist, Gwendolyn Quinn. “It was presented as a serious news story intended to depict me in a slanderous and derogatory way — defamation of character.”

It should be interesting to see how this case shakes out. I can’t say I’d be sorry to see a chilling effect on satire sites that pretend to be real news sites. One April Fools Day a year is annoying enough without every day having that same potential for self-embarrassment.