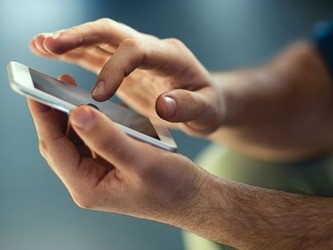 When we talk about smartphones around here—as when I discussed my Nexus 6 the other day—we’re most focused on their use for reading e-books. When you get right down to it, isn’t that kind of a funny thing? They’re telephones, after all. It’s right there in the “phone” part of their name. They descend from a long lineage of devices originally made for the sole purpose of transmitting vocal speech from one place to another.

But we’re accustomed to putting them to other uses now. It’s like that meme-spawning Reddit answer about what would be most difficult to explain to a time traveller from the 1950s: “I possess a device, in my pocket, that is capable of accessing the entirety of information known to man. I use it to look at pictures of cats and get in arguments with strangers.”

In fact, according to Re/Code, consulting firm Deloitte reports that fully a quarter of the people in developed countries won’t make a phone call in any given week this year—even though 40% of us check our phones right after we get up and 33% check them just before going to bed. These “data exclusives” simply shift all their communication to channels that don’t require making talking to people.

I can certainly see where they’re coming from, because when given the choice, I’ll use live chat or email support rather than talking to another person over the phone. (Amazon and Microsoft support are especially great at making this possible.) Especially after working phone technical support for years myself, I like knowing I won’t have to wait on hold until someone picks up, I can take my time typing my answer rather than blurting something on the spur of the moment, and I’m a lot more likely to be able to understand someone’s words in text than if they end up having a thick accent on the phone. It’s just a whole lot less stressful all around

But David Marcus, VP of Messaging Products for Facebook, would go even farther than that. He predicts that 2016 is going to herald “the disappearance of the phone number”—though in his case he has a specific messaging product—Facebook’s own Messenger instant-messaging app—in mind:

Think about it: SMS and texting came to the fore in the time of flip phones. Now, many of us can do so much more on our phones; we went from just making phone calls and sending basic text-only messages to having computers in our pockets. And just like the flip phone is disappearing, old communication styles are disappearing too. With Messenger, we offer all the things that made texting so popular, but also so much more. Yes, you can send text messages, but you can also send stickers, photos, videos, voice clips, GIFs, your location, and money to people. You can make video and voice calls while at the same time not needing to know someone’s phone number. You don’t need to have a Facebook account to use Messenger anymore, and it’s also a cross platform experience – so you can pick up where you left off whether you’re on a desktop computer, a tablet, or your phone.

He goes on to discuss the way Messenger is expanding its capability to assist in things like buying airline tickets, purchasing items, and so on.  What with Facebook’s new “M” set to join Siri, Google Now, and Cortana, we’re certainly not going to run out of virtual assistants any time soon!

It’s all very well the company wanting to be the de facto Internet – especially in places like India. But drier minds and eyes might wonder whether the wish to eradicate phone numbers has something to do with not everyone having yet given Facebook their phone numbers.

The company pestered me for a long time about it – in the guise of needing an extra piece of information for “security.”

But that doesn’t mean the idea is necessarily incorrect, more generally speaking. I even noticed something of the sort starting to happen in 2010. Various net apps made the iPod Touch 4 a good smartphone alternative for people who didn’t want a phone bill, and even the act of telephoning itself had social drawbacks. People started replacing traditional phone calls with Internet voice, video, and text chat. Cellular data usage was already starting to supplant voice usage for many people. And now it’s six years later, and we’re that much farther along.

Sometime, just to amuse yourself, count up how many applications you have on your device that can make voice or video calls, even if you don’t normally use them that way. Google Hangouts, Skype, Facebook Messenger, Google Voice/Project Fi…and those are just off the top of my head. I’ve seen complaints on my Facebooks friend feed from people disgruntled to learn that complete strangers could “phone” them via Facebook Messenger, so it’s certainly something that’s starting to see some use.  I doubt that phone numbers are going to up and go away, any more than e-books are going to make paper books “go away,” but they do seem to be becoming less important. How many people even remember all their friends’ phone numbers anymore?

In another Re/Code article, Ben Bajarin predicts that we are now entering a new “post-mobile” era. Not, he hastens to explain, that he expects something else to replace smartphones. But he expects smartphones’ ubiquity to open up new possibilities for communication, transactions, and interactions as the cost of the hardware gets cheaper and more and more people get connected.

He sees the smartphone becoming “a central hub of commerce, banking, lending, and a host of other financial services,” as well as an enabler of artificial intelligence tasks for consumer use. (We’re already seeing some of that start to emerge in the form of those virtual assistants I mentioned earlier.) Virtual reality innovations will also come more from the mobile than the desktop ecosystem.

Bajarin doesn’t mention e-books, but in a way he doesn’t have to—he’s looking to the future, not the present, and it’s pretty hard to argue that, for a significant chunk of the population, smartphones are already an important means of reading e-books, news, and other textual material. That goes back to the way so many people don’t make phone calls but do check their phones before going to bed or after getting up. Sure, it might be reading instant messages and email instead of e-books, but it’s still e-reading—on a device originally designed to transmit only voice from place to place.

It’s that very tendency of smartphones to absorb these other tasks and slough off the act of making actual “phone calls” that makes it likely it will move into these new fields as time goes on. And that could well incorporate more e-reading uses, too. What about incorporating some kind of high-speed flip scanner to read physical books into its memory and then view the pages on the screen? That would be useful not just for e-books, but for the myriad of paper documents we end up with over time—bills, tax records, and so on. And it probably wouldn’t be beyond these devices’ capacity, given a few more years at the outside. 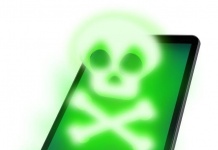 Don’t let your e-reader pull an employment scam on you!