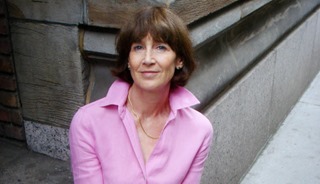 A couple of days ago, the Wall Street Journal carried an editorial from Authors Guild President Roxana Robinson. Unfortunately, since the WSJ closed the Google loophole, I can’t actually read said editorial, and you probably can’t either, beyond the few paragraphs Passive Guy excerpted at The Passive Voice.

But then, the Authors Guild has already made how it feels about Google Books abundantly clear, so it’s not as if I really need to read (or quote) their President saying it again. (Hey, see that, WSJ? This is me not being able to read your article, and yet not feeling the need to pay you money to gain access to your pearls of wisdom.)

Besides, a more compelling piece is by tech commentator Mathew Ingram on Fortune Magazine, explaining exactly how and why the Authors Guild gets it wrong—and you can read this one. Ingram does a great job laying out the overall history of the case. The Guild started out by arguing that Google Books was a simple violation of copyright law, as it’s against the law to scan and copy books without permission.

In a nutshell, both lower courts agreed that the public benefits of being able to search and potentially buy millions of searchable books was a fundamentally transformative use of the original copyrighted works, and that this trumped the fact that Google is a for-profit corporation and was scanning and indexing entire books.

Since the Supreme Court hears so few cases, there has to be a critical legal issue at the heart of a case in order for it to be accepted, so the Authors Guild has changed its tack. Now, it is arguing that lower courts have in fact distorted copyright law beyond its original meaning, by over-emphasizing “transformative use.”

And it’s also going once again to the same old well of “but the Founding Fathers couldn’t have imagined the Internet!” because it’s letting this evil ol’ moneybags corporation do what it likes to the fruit of poor li’l authors’ hard labor. But, as Ingram notes, the primary purpose of copyright law was never to let artists make money, but rather to “promote the progress of science and the useful arts” and make society better. If artists making money makes society better, as it usually does, then fine and dandy: artists should make money. But if there’s an instance where society can be made even better by a means that doesn’t involve artists making money from it, an exception should be made in that case.

And, as the lower court judges have said, that’s just what Google Books does—it’s exactly the kind of progress-promoting exception to copyright law that fair use was meant for. It’s an open-and-shut fair use case, in exactly the same way as the Apple agency pricing lawsuit is an open-and-shut antitrust case. But you’ve got the Authors Guild out there in both cases plaintively crying, “No, it isn’t!”

So it remains to be seen whether the Authors Guild’s fig-leaf battlecry of “but…but transformative!” will have any effect.

As I’ve said before, the Authors Guild has done a lot of good over the last few years it’s been active. It’s just that it’s done that good by fighting terrible battles and losing badly. I, for one, will be rooting for them to continue to be just as bad at picking their battles, and just as good at losing them, into the foreseeable future.

And if I’m to judge by those paragraphs Passive Guy excerpted, my prayers may already have been answered pre-emptively. Robinson opens her argument by using searching Google Books on “Shall I compare thee to a summer’s day?” as a demonstration of how Google has copied 20 million books without compensating their publishers or authors.

But if you think about that for even half a second, you can only say, “So what?” Shakespeare’s been dead for hundreds of years. His works are in the public domain. He and his heirs wouldn’t have gotten any compensation anyway, even if Google had been forced to shell out. Perhaps she should have used a quotation from an author who’s still under copyright, such as “In a hole in the ground there lived a hobbit.”

Still, from my perspective, it’s all good—especially if the Authors Guild’s lawyers are as terrible at framing arguments as their President. As the movies show us, sometimes you need an Inspector Clouseau-style bungler to get a happy ending.