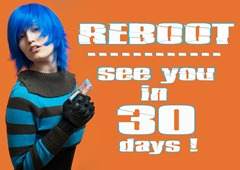 Just a brief update on an article from a couple of weeks ago: Dustcloud, the laser tag assassination game using short-range radio zap guns that link by Bluetooth to a smartphone, has decided to cancel its Kickstarter and relaunch in 30 days with some changes. The writing was pretty much on the wall: almost halfway through the 40 day period, it had only reached about $28,000 in pledges—just over 1/4 of its goal.

As the Kickstarter progressed, they noticed a lot of reluctance around the idea of having to pay a nickel each for the virtual bullets (“speks”) for the laser gun. As I pointed out to them in a comment on their comments section, the idea of having to pay for ammunition might impose a psychological barrier out of all proportion to the actual costs involved. After all, without playing the game, people had no way of knowing how much ammo they’d use, and if their only experience was playing arena laser tag and zapping away like crazy, the fact that there was no upper bound on the cost after they use up the ammo included with their gun could be a concern. Even if it was only a matter of a few bucks, uncertainty is uncomfortable and people tend to shy away from it.

When the Kickstarter relaunches, it will be with the assurance that crowdfunding backers will get unlimited free speks. There will be a flat fee for the gun (“duster”) but nothing beyond that. It’s not clear that people who join in afterward will get them too, but the whole thing is still up in the air so it’s premature to make predictions. While this change does reduce the psychological barriers to entry, it doesn’t do much about the problem that having to pay any money at all to join can be a barrier to entry, and the game won’t be that useful without lots of players everywhere. Well, we’ll see.

I’ve also been in touch with them via private email, and will probably be in further contact with them in the future. Hopefully their next try will go better. If the game gets funded, there could be some interesting related technological developments down the road.