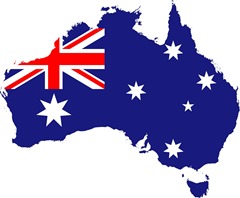 I may have been a touch premature in posting my earlier article, about an Australian government committee suggesting bookstores be permitted to import books from overseas. I’ve run across a better article on the report, with a link to the report itself. After reading through the report, it turns out that allowing parallel importation is just the smallest part of what turns out to be a lengthy and well-considered list of recommendations for reforming Australian intellectual property laws in general.

The report by the Australian Government Productivity Commission is available in PDF and zipped Word format, and it covers many aspects of IP law: patents, trademarks, copyright, pharmaceuticals, circuit designs, and trade agreements. It also requests public comments be submitted by June 3. While many aspects of it aren’t terribly germane to e-books, nonetheless it makes for some interesting reading.

And there are points that are germane, and surprisingly reasonable. From a copyright standpoint, the Productivity Commission feels it makes little sense to extend copyright protections to 70 years after the death of the author. Echoing similar rationales cited by American copyright reform advocates, it points out that knowing your work will be protected for 70 years after you die is not likely to incentivize most creators to create more. The report suggests a more sensible term might be 15 to 25 years after the work was created—which is in line with the length of American copyright when it started out 200 years ago.

The Commission also recommends replacing the rigid “Fair Dealing” copyright exceptions, which require acts of the legislature to expand, with a more flexible US-style “Fair Use” exception, based on the same four-factor test American courts now use. This would permit Australian courts greater latitude in determining whether an alleged copyright infringement truly was a violation.

But perhaps the most interesting thing is that the report notes that content availability and geoblocking has the effect of making Australia effectively a second-class citizen when it comes to enjoying the same media content as the rest of the world—and therefore, the government should not only decriminalize circumventing geoblocking, using methods such as VPNs to fool foreign streaming services such as Netflix into allowing Australian citizens to access them, but the government should actively encourage citizens to circumvent geoblocking. It’s unclear whether this would also allow Australians to buy e-books from overseas, too, but it seems the same at least in principle. (This is also where that recommendation to allow bookstores to import books from overseas comes in—the report casts it as a physical equivalent to circumventing geoblocking.)

The Committee holds that geoblocking effectively has the opposite effect to that which it’s intended to have of protecting content—it actually encourages piracy of content. It also means that Australians pay more for worse digital service than the rest of the world gets.

It’s hard to imagine a government commission over here making that kind of recommendation—probably because a lot more powerful content-creation industries and their lobbies call the USA home, and they’d never let the congressmen in their pockets sign off on such a thing. It’s also worth pointing out that if content isn’t available in Australia, it’s because it hasn’t been licensed for use there by Australian companies, not because stingy publishers are keeping it all to themselves. US content providers would probably argue that circumventing geoblocking is effectively the moral equivalent of piracy, as it deprives them of that additional licensing income.

But what if Australia really is a second-class citizen, and for whatever reason foreign companies simply aren’t willing to license them as much content on equitable terms? They might see this as a Boston Tea Party-style act of civil disobedience, I suppose—letting the foreigners know that Australia isn’t going to continue playing by the rules if the game is rigged.

And that’s another thing the report mentions—that Australia has been a party to a number of international treaties over the last century or so imposing IP restrictions on it, but where these treaties have imposed changes to IP laws, they have tended to work against Australia’s best interests. In such treaties, Australia should try to make it easier to assign, use, and enforce IP rights, but set IP policies that don’t compromise its own national interests.

A comment by TeleRead reader Hayden on my earlier article chimes in with some of the problems Australian citizens face concerning costs and availability of media there, including the fact that it’s actually cheaper to fly an employee to the US and back to buy Adobe software than to buy it in Australia. He notes:

These issues have been highlighted for over a decade but nothing has ever come out of it. Successive governments just keep the status quo. This is because of the pressure these governments are under when signing up to free trade agreements and from the bigger publishers and media companies. There have been several government funded studies into these problems, but very little comes out of them. The main argument is that if they lower book prices then bookstores will go out of business and there will be many jobs losses.

Well, bookstores are closing, jobs are being lost and Australians are getting their books from overseas options (either paid or free).

Will the government listen this time? It certainly will be interesting to see.

There’s not a whole lot else that’s really relevant to e-books in the report, though much of it is still interesting—proposed changes to patent, trademark, and pharmaceutical laws to make things easier for smaller and medium-sized businesses. One recommendation of note is to remove the exemption for licensing of IP rights from Australian competition law—the equivalent to US anti-trust law. That exemption is thought to date back to “a time when IP rights and competition policy were thought to be in fundamental conflict,” but that is no longer held to be true any longer.

The report really does recommend a comprehensive regime of intellectual property law reform—and suggests that the government may be prepared to go along with it. It should be interesting to see what happens if it tries. Will international treaty obligations make it harder? If Australia manages to work around them somehow, it might provide an example for the US to follow if it can ever manage to reform copyright itself.