UK children’s author Allan Ahlberg has turned down the first-ever Booktrust Lifetime Achievement Award from UK literacy charity Booktrust because it is sponsored by Amazon.

In an open letter to The Bookseller, Ahlberg, 75, wrote: “A few weeks ago I learned that I had been chosen for the inaugural Booktrust Lifetime Achievement Award. I was, of course, delighted. I told my wife, told my daughter and ran around the house. Then I discovered that the award was sponsored by Amazon and felt obliged to refuse it.” He cited his objections to Amazon’s practices on corporate taxation, as well as “Amazon’s baleful influence on the British book trade … see also what’s happening with Hachette in America.”

Ahlberg, according to his Penguin author page, is “a former teacher, postman, plumber’s mate and grave digger, is in the super- league of children’s writers. He has published over 100 children’s books.” He continued:

Tax, fairly applied to us all, is a good thing. It pays for schools, hospitals—libraries! When companies like Amazon cheat—paying 0.1% on billions, pretending it is earning money not in the UK, but in Luxembourg— that’s a bad thing.

“Amazon’s defence is that it is not breaking any laws, but could Booktrust not have found a more moral sponsor?” concluded Ahlberg. “Could we do without sponsors?”

As Ahlberg’s statement suggests, his reaction could partly be taken as collateral damage from the Amazon/Hachette dispute, as well as overall objections to Amazon in general. And as David Gaughran was quick to tweet, Amazon’s taxation practices have been represented – or rather, misrepresented – in very partial and biased terms across broad swathes of the media, some at least of whom have fallen victim to anti-Amazon astroturfing.

The question still remains for Amazon: Is it worth using the pot-calling-kettle-black argument about its tax practices? Yes, other companies, particularly publishers, do the same thing and don’t get anything like the media attention. Yes, this is common practice for many multinationals. Does that make it ethical? The jury is still out.

On the other hand, Amazon’s critics also have to answer the question: Are they taking issue with Amazon purely and only over its tax practices? Or are they using those as a convenient stick to beat Amazon with, when what they really object to is the decline of the traditional bookshop, the rising presence of the ebook, digital piracy, American MNCs in general, etc. etc. As you can see above and in Ahlberg’s original letter, I suspect there’s far less ambiguity about the answer to that question. 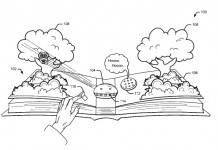 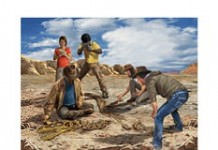 Kobo Kids app for Android: Rx for some reluctant readers?