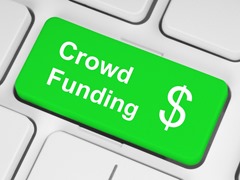 Jane Friedman has an excerpt from an upcoming book, Crowdfunding for Authors by Bethany Joy Carlson, posted to her blog, and it brings up some interesting issues having to do with crowdfunding. Even though crowdfunding can be a good way to fund a project if you do it right, authors by and large have a poor track record of doing it—over 70% of author crowdfunding campaigns fail.

If done right, crowdfunding is effectively a cross between taking preorders for your book and building a mailing list of your fans. It can help raise money for a set amount of time, toward a specific goal. It can tell you whether enough people are interested for you to put in the time and effort necessary to write the work in question. But it’s not easy money, it’s not fast money, and it’s not free money—you have to work for it, it takes time, and it takes effort.

More writers’ crowdfunding projects fail than the average because it requires skill sets many writers don’t practice: brevity, visual design, collaboration, and self-promotion. In order for a crowdfunding project to work, writers have to do a good job of preparing and pitching their campaign. It takes actual thought and work—you can’t just set out your hat and expect money to pour into it. But the good news is, preparing a successful crowdfunding campaign before the books exist can also help prepare writers for putting the same kind of effort in to sell their books once they actually do exist.

An interesting thing to me about this is that it lines up with a panel I took in at BookExpo America from Smashwords founder Mark Coker on the importance of pre-sales to self-published books. I still need to write up a summary from my notes of that one, but Coker called preorders one of the most effective marketing tools that many writers don’t bother to use. It seems like a good crowdfunding campaign can offer many (though not all) of the same benefits that preorders can—and teach valuable skills besides. However, you have to take the time and effort to do it right—you can’t just expect people to come up and hand you money.