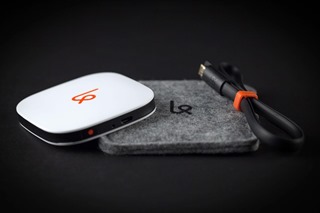 If you’re looking for a good way to retrofit mobile Internet connectivity to your tablets and e-readers for occasional web browsing, instant messaging, or e-book downloading, Karma Wireless could still be a good option for you if you don’t plan to use very much bandwidth—just as it is for me. Just buy a few gigabytes on the Refuel plan and use them up slowly. But try to use it for more bandwidth-intensive purposes and you’ll run into trouble.

The ongoing saga of the Neverstop plan shows that Karma Wireless just can’t seem to catch a break as far as high-bandwidth plans are concerned. After starting out with a straight pay-per-bandwidth plan, “Refuel,” Karma thought it would innovate with a throttled-but-otherwise-unlimited 4G plan, “Neverstop.” However, it soon discovered that users were taking it at its word and using up considerably more bandwidth than Karma expected or could afford. After experimenting with further throttling, Karma subsequently revamped the plan into a $50 per month, 15 GB plan that throttled to dialup speed after it ran out.

However, it now turns out that even that plan was too optimistic. Karma has announced it is dumping the “Neverstop” name altogether (probably a good idea, given that it does stop now) in favor of a new plan called “Pulse.” This plan is another monthly-fee plan. Unlike Neverstop, it has no throttling and allows 8 simultaneous connections instead of 3, and it features variable bandwidth caps: 5 GB for $40, 10 GB for $75, or 20 GB for $140 per month. Any unused bandwidth in a month is credited back to the user’s account, and additional GBs can be added for $15 each.

Karma is trying to spin this as an improvement, given that there’s no longer any throttling or device limits. All the same, it’s hard to overlook the fact that they’re going from offering 15 GB for $50 to charging $75 for 10 GB. It would seem people were still using up too much data too fast on Neverstop Mark II. Karma was probably wise to disable comments altogether on the blog post where it made the announcement; commenters on the Facebook post announcing the change were almost universally nonplussed.

The moral of the story is much the same as the one you can draw from Oyster’s collapse and Scribd’s recent “unlimited” plan cutback—it’s a bad idea to be too optimistic in offering any “unlimited” plan when your own costs to supply the content are sky-high. Customers will take you at your word and use up more than you expected, and then you have to pare your plan back and open yourself to “bait-and-switch” complaints that you’re no longer offering the plan those customers signed up for. This is especially bad when signing up for the plan requires you to shell out for a costly $150 piece of hardware at the outset.

The irony is, if Karma had offered this Pulse plan to begin with, it would probably have still attracted a number of happy customers who wanted to use that much mobile data but were paying too much on their current plan. Or even if it had just stuck with the “Refuel” plan, users who wanted that kind of no-subscription pay-as-you-go flexibility would have continued to be delighted. But by starting out with an “unlimited” offering, it drew people who wanted truly unlimited bandwidth cheaply, and were only too happy to use it at a rate that would have driven Karma into bankruptcy—and got really angry when Karma had to cut back, and then cut back again.

It’s unfortunate, but the mobile marketplace currently doesn’t support providing bandwidth at the rate at which these customers want to use it. Consequently, Karma has now learned a hard lesson in economics, and left a whole lot of unhappy customers in its wake. Even if we ascribe to Karma genuinely good intentions, it’s painfully obvious the company didn’t have any idea what it was doing when it launched Neverstop.

Speaking for myself, I’m still happy with Refuel. I simply don’t use that much mobile bandwidth. I do find it useful to pair with my Project FI smartphone, because the bandwidth I bought from Karma cost me only half what Project Fi charges. (I do wonder whether Karma will put its Refuel data on sale again, and let me snap up some more, or whether the Neverstop/Pulse fiasco has drained its coffers too much for that.)

In the interest of full disclosure, I have thus far earned over $2,000 in credit from people using my referral code to save $10 on their Karma Go hotspot. I don’t know how many of those referrals come from people who bought the router thinking to take advantage of the unlimited Neverstop plan, and I feel bad for anyone who did. But to my mind, Karma’s Refuel plan is still as good a bargain as it ever was, and its purpose is entirely in keeping with what TeleRead is all about: a cheap way to retrofit full Internet connectivity to WiFi-only tablets and e-readers, so you can e-read anywhere you can get a cell signal. Its method for providing a limited free dose of WiFi connectivity and earning additional bandwidth for the router’s owner is both clever and useful. All in all, I’m still a happy user of and believer in the service. (At least, I will be as long as they don’t start messing with the Refuel plan, too.)

But I still don’t use enough bandwidth for Pulse to be worth it. 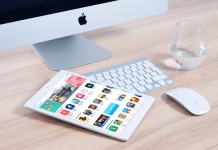