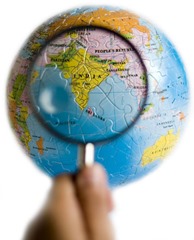 Not long at all after I posted my latest piece suggesting it should do something to divest itself of the ailing Nook division, Barnes & Noble has announced it’s closing offices in California and Taiwan and outsourcing Nook cloud management and software development support to Indian company Bahwan CyberTek.

This move is estimated to save Barnes & Noble $13 million per year—$8 million in reduced expenses, and $5 million in reduced capital expenditures. But fear not: Barnes & Noble “reiterated its commitment to the NOOK business and said it will continue to provide an exceptional NOOK reading experience without customer interruption.” So I’m sure Nook users have nothing to worry about, there.

As Nate Hoffelder points out, if B&N had really been interested in “saving” the Nook, it would have thrown more money at it instead of sending it overseas to live with all the call centers nobody wants to pay for anymore. That’s what Amazon does—it outright buys companies with tech it needs, like Mobipocket for its e-book format, and then it makes use of their expertise.

But after Barnes & Noble bought Fictionwise/eReader for its e-book format, it effectively piddled that expertise away. It didn’t take long at all for the Nook to settle into also-ran status far behind Amazon’s breakthrough Kindle platform. Outsourcing it to India doesn’t bode well for the Nook’s future.

But it may bode better for Barnes & Noble’s future. As I’ve already noted, B&N’s brick and mortar side is actually doing pretty well (barring the problems it continues having with customer service), and dumping some of the ballast of the Nook means it’s that much less likely to go the way of Borders. It may very well be that a pivot right now is just what B&N needs to save the franchise—and the only problem is it’s not going far enough.

But if B&N does manage to cut itself free of all that excess baggage in time, that in turn means the Big Five publishers will still have a major bookstore chain on which they can rely when it comes to competing with Amazon for print sales. And given that they’ve effectively been trying to strangle their own e-book sales in the crib with agency pricing, they’ll probably be happier with that kind of competitor anyway.

It’s too bad for all the Nook users, though. No matter what happens, they probably don’t have a good outcome to look forward to. That “exceptional Nook reading experience” has been getting worse and worse over the years, as Barnes & Noble has done more and more to lock it down. How is it supposed to get any better now?

In the UK, B&N has thrown it away outright; so far in the US, it seems to be trying to have its cake and eat it, too—still selling e-books for the platform, but doing everything it possibly can to cut costs. I was pleasantly surprised a few weeks ago by a B&N high-level support representative going the extra mile to restore a book I’d lost, but is that sort of experience even going to be possible in the future?

On the bright side, at least this means customers still have access to all their e-books. If B&N outright sold its Nook business to someone else, such as Kobo (the way Sony did), it probably wouldn’t be able to transfer over customers’ entire libraries—as was the case with the UK move to Sainsbury’s, and the acquisition of Fictionwise and eReader before that. If customers can still find a way to download their e-books from B&N (the Windows 10 Nook app still seems to work for that), they might want to see about figuring out how to back them up outside the system.

Meanwhile, if you’re one of those few people who haven’t gotten into e-books at all yet, I wouldn’t recommend getting into Nook at this late date. The writing is on the wall in glowing neon letters.