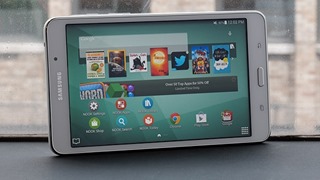 Barnes & Noble is emailing Nook owners explaining that, as of March 15, B&N will no longer offer third-party Android apps for sale via its app store. All previously-purchased apps will remain available for download, but no new ones will be sold. In-app purchases will no longer be supported, either. The notice points folks at the FAQ page on the matter for more information.

The rationale for the change is offered in full-on public-relations speak:

This change is being made to concentrate our focus and efforts on our core digital content business, which are Books and Newsstand, for our US customers.

We will continue offering to US customers our full service for NOOK Books, NOOK Magazines, and NOOK Newspapers on both NOOK devices and our standalone Reading Apps. We look forward to continuing to bring the best content discovery and reading experiences to our NOOK customers.

So, basically, the added effort and expense of listing third-party apps for sale was distracting Barnes & Noble from its core mission of providing digital content for Nook customers. That’s why B&N’s main competitor, Amazon, doesn’t do such a thing itself…oh, wait, it sort of does. And doesn’t allow Fire owners to add apps from Google Play. And continues to outcompete B&N, while it’s at it.

But the outlook isn’t entirely bleak for Nook tablet users. Unlike Amazon’s Fire tablets, the Nook has offered access to the official Google Play app store since 2013. B&N’s FAQ even explains that Nook owners can use that to continue adding third-party apps to their tablets.

As it turns out, this isn’t the only Nook media store undergoing major changes as of March 15. Nate Hoffelder reports at The Digital Reader that Barnes & Noble is shutting down its UK Nook store and transferring its customers to UK supermarket chain Sainsbury’s. It is also closing down Nook Video.

So, look at this as just another step in Barnes & Noble’s continuing mission to divest itself of any remaining shreds of relevance in the digital device world. Apparently, like Joshua in Wargames, B&N has decided that the only way to win in that market is not to play.

Update: Corrected date of the Play Store’s availability for Nook, which I had misremembered; thanks, Nate.