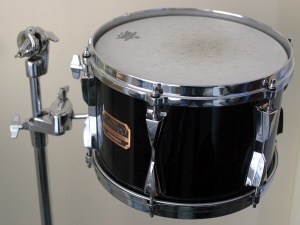 In this Wikipedia-and-e-book age, the Toronto Public Library is going far beyond just digitization. The library will lend out guitars, violins, keyboards, drums and other instruments via the Parkdale branch.

One comment  in the CBC report jumped out at me. It was from Ana-Maria Critchley, manager of stakeholder relations for the Toronto libraries. “Musical instruments and libraries aren’t an immediate connection, but when you take a look at the direction the public libraries are going in, it makes perfect sense. Libraries are about connecting people to opportunities and breaking down barriers to access.”

Exactly, as I’ve noted before. In the old days, the physical nature of information meant that librarians spent much of their time processing these paper bits—directing kids toward the encyclopedia section, signing out and returning paper books and so on. Now that we have digital media for that, their time is being freed up for higher-order information management, and I think that’s a good thing. I looked at the Parkdale branch’s website, and they are offering several workshops and performances which are tied into the instrument lending program. I’d much rather see librarians spend their time organizing these types of things over shelving paperback novels for people.

I applaud my city’s library system for being this flexible and for innovating with the times. The library’s mandate remains to facilitate access to information, to learning and to culture for the city’s people. But that’s always been about more than just books. It’s only now that digital media have freed us from our over-reliance on that one tool that we’re seeing the true exploration of many paths to information.

What’s happening in your town? What are the public libraries there doing to go beyond books? Is this a good thing or a bad thing? What’s your own take?

Image credit: Here. Drum is not the Toronto library’s.