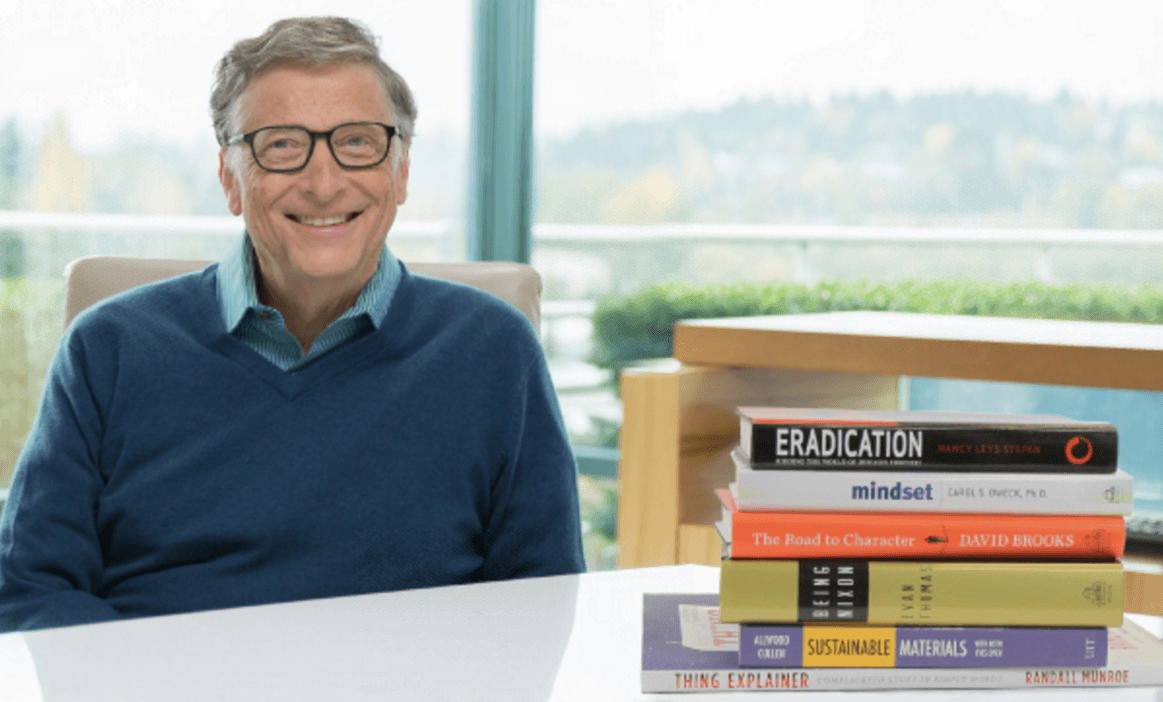 Microsoft blew it. The company could have been Amazon, too—at least the e-book side around the turn of the century.

I can recall going to an industry-government conference eons ago where Microsoft’s e-book crew set the tone. But today Microsoft Reader is dead, and Bill Gates so far hasn’t lived up to his promise as a potential funder of electronic libraries.

Could one reason for the above be that Gates himself either has never embraced e-books at the personal level or has given up on them?

In Bill Gates: The Billionaire Book Critic, Katherine Rosman of the New York Times writes about him as a new Oprah, turbocharging the careers of authors he blesses. Along the way, she reports: “Mr. Gates says he reads about 50 books in a year, eschewing digital readers for old-fashioned books on paper. When he is busy with work, he reads about a book or two a week but will consume four or five in the same period while vacationing with family.”

Notice the last sentence? Gates shuns e-books nowadays at the personal level despite their portability for travels. Of course, with his wealth, for all I know, he has hired an Official Book Carrier. More seriously, I’d love to know why Gates seems to dislike e-books. Part of it could be generational. Gates, like Warren Buffett, might simply be more accustomed to reading books off paper. I also wonder if Gates himself, at the personal level, might have qualms about DRM in terms of the ability to own books for real.

At any rate, Gates’ apparent nonreading of e-books is something for us boosters of the format to ponder. Just what will it take to win over Gates? Will he even resist E when it’s hard to tell electronically displayed text from the traditional paper variety and e-books can have flippable pages for those wanting them? Perhaps the e-book industry should worry less about the latest multimedia wrinkles and more about leaning on its tech side for more innovations in areas such as screens (or nonscreens). Also helpful would be better software giving readers more control when they use such devices as the Kindle. It is outrageous that Kindles so badly lag Moon+ Reader Pro in features, when Amazon could KISS for newbies while also offering an advanced mode for experienced readers.

Meanwhile how  about the library world? The problem isn’t just that many libraries could be smarter about the possibilities of E and of greater e-book literacy for the masses (so ignorant about such issues as glare reduction). If Gates loved e-books personally, might he have become a digital-era Carnegie for real? Single-handedly, with just a fraction of his $78.5B worth, he could get a national digital library endowment off to a good start.

Very much on the positive side, Gates tells the Times that as a boy “I did things like reading the encyclopedia for fun, I was lucky in that my parents would buy me any book I wanted.” He is a nongenuine lover of nonfiction and reveals how his appreciation of one author’s books can lead to his reading others. Exactly! And that’s what well-stocked national digital libraries could offer people a lot more cost effectively than would a paper-centric approach. Imagine—even children from the poorest families, in the most remote hamlets, being able to follow their curiosities the same way Gates does. No, I’m not pretending that every book would be free for eternal access and without wait times. But in this respect, expanded access, our libraries could do much better. Today in the U.S., public libraries can spend only about $4 per capita each year on content of all kinds, not just books alone. Gates could make a real difference. If he read the latest research out of the U.K., showing e-books as a powerful encourager of reading, he might grasp how well his money would be spent.

Of course, if Bill Gates appreciated fiction more at the personal level, so much the better. Go to the book section of the Gates Notes blogs and you won’t exactly see an surfeit of novels. One on the list is The Rosie Project, about a genetic expert with Asperger’s syndrome who is hunting for a mate. “Melinda thought I would appreciate the parts where he’s a little too obsessed with optimizing his schedule. She was right.” Someone who especially prides himself on logical thought might just be the very person to benefit from more reading of fiction. Here’s to both brains and hearts! Novels can help build empathy, one of the major points I make in The K-12 and economic cases for a national digital library endowment. (Gates ideally would also read related commentary in Education Week and the Chronicle of Philanthropy and Library Journal.)

So what are Gates’ favorites? Here they are for 2015, with his first mention being of the The Road to Character, by David Brooks. Consider the possibilities that more reading of fiction could lead to in this area for Gates, who has owned and may still own several rare editions of The Great Gatsby. Suppose he treated novels as books to be read regularly, not just collected, and massively funded digital libraries and related activities such as cell phone book clubs to share such an enthusiasm with millions.

Regardless of my belief that Gates should broaden his reading somewhat, it is still wonderful to see someone like him talking up books as a medium. In terms of support for a national digital library endowment, that’s means he’s halfway there, in that he at least appreciates the importance of reading, period.

The rest of the challenge is to win him over, all the way, to the potential of well-stocked national digital libraries to expand reading choices far beyond the current ones, so that future Gates can more easily follow their own curiosities and also benefit from good fiction.