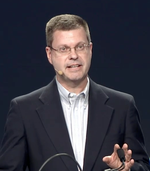 Competition is always a good thing, right? In today’s marketplace B&N is the company best positioned  to compete with Amazon for #1 in ebook sales. The problem is B&N still operates like a brick-and-mortar retailer while Amazon is a technology company to the very core.

Some have suggested that Microsoft’s investment in B&N will help them make the transition to becoming a technology company. If spinning off the Nook business is what it takes for B&N to start thinking more like Apple, Google and Amazon then let’s hope they do it soon.

As the owner of a Nook with GlowLight it’s painfully obvious that B&N has a long way to go to catch up with Amazon. I like the Nook but sometimes it’s quite clear it wasn’t created by a technology company. Here are a few reasons why:

Highlights — This one amazes me. Highlighting some text in an ebook should be as simple as touching the screen at the start of the highlight and dragging to the end of it. That’s exactly how it works on the Kindle Touch, for example. Good luck trying to highlight text on the Nook. Dragging across the screen confuses the Nook. You have to just touch in one spot and wait for that word to be selected. You’ll see vertical bars marking the beginning and end of that word but I dare you to move those and select a sentence. I can move the end marker but when I try to slide the beginning marker it moves the end one as well. It’s a maddening experience and something B&N should have fixed long ago. This is simple highlighting after all…we’re talking basic ebook app functionality!

Sideloading — At least Amazon acknowledges they’re not the only source of content for their customers. That’s why they make it so easy to put your own mobi or PDF files on a Kindle device. For example, your Kindle has its own email address so you can quickly send files to it without physically connecting it to a computer. Then there’s the handy Send to Kindle app, another nifty wireless way to move content. B&N doesn’t offer either of these two options so you’re stuck grabbing the USB cable and dragging files the old fashioned way.

Speed of Android app — It always feels like an eternity the first time I launch the Nook app on my Android tablet. I just timed it and it took 12 seconds to load. That’s ridiculous. The Kindle app loads much faster than that. In fact, all the typical operations in the Nook app take longer than they do in the Kindle one (e.g., going to the bookstore, doing a search, etc.) The Kindle app feels much more polished and optimized than the Nook one.

Samples — This isn’t a technology issue but one I couldn’t ignore, especially if B&N wants to be a leader. It’s not unusual to find a Nook book on B&N’s site with no sample content. Nine times out of ten if I’m thinking of buying an ebook I grab the free sample first to make sure I like it. I’ve had two separate situations where there was no sample material for the Nook edition but Amazon offered a sample for the Kindle version. That should never happen.

B&N has contributed significantly to the commoditization of eInk readers. There’s really nothing to distinguish one from the others these days. Yes, I like having the light built into my Nook but Amazon and others will undoubtedly offer the same feature soon too.

B&N CEO William Lynch needs to focus on answering this one important question: Why would someone want to buy a Nook over a Kindle? If their answer is “because we have GlowLight” he might as well just fold up his tent and go home now.

IMHO, that question is best answered by a technology-focused company, not one with deep roots in the brick-and-mortar world. Innovation opportunities are out there and they’re not dependent on eInk devices. Companies like ReadSocial, BookShout andInkling come to mind, to name a few.

B&N needs to consider the entire ecosystem they’re operating in and develop a vision for what it could look like in 2-3 years. It wouldn’t hurt to think a bit like Steve Jobs. He didn’t want to make a slightly better MP3 player. His vision was to create an entirely new digital music platform. Apple is a technology company though and B&N isn’t…yet.