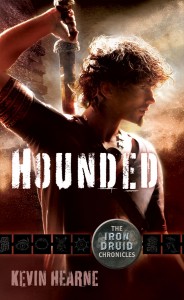 Summer is almost here, and it’s time to find some light vacation reading. If you’re a fan of light fantasy and haven’t tried The Iron Druid series by Kevin Hearne, I’d suggest you give them a look.

The basic premise is that the main character, Atticus O’Sullivan, is the last Druid, and he’s 21 centuries old. He’s hardly an old fogey, though. He uses his herb lore to brew a tea that keeps him young and looking about 21.

He’s got a sidekick, an Irish wolfhound named Oberon, and the exchanges between Atticus and Oberon are among the best parts of the books. Yes, Oberon can “talk,” being linked mind-to-mind with Atticus. Oberon has a fascination for movies and pop culture, and Hearne uses him to make sarcastic/humorous asides all the time. It should get old, but somehow doesn’t.

Atticus battles all manner of Norse gods, the fae, witches and other supernatural beasties. He’s allied with werewolves and vampires, and later in the series attracts an apprentice.

There’s snark, action, humor, character development and everything you could want in a fun, light fantasy series.

Currently, there are five novels and two novellas available. The sixth book will be released on June 25th, which is good because there is a mild cliff-hanger at the end of book five. By the time you finish the other books, it’ll be for sale.

If you’re looking for a good deal, you can get the first three e-books in an omnibus for $19.99 (on Amazon, Barnes & Noble and Kobo). At less than $7 a book, that’s an excellent investment for your start-of-summer reading. 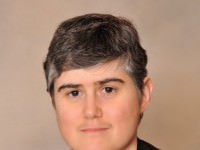 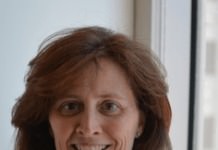 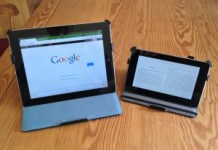 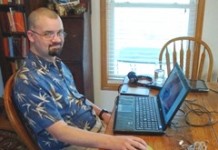