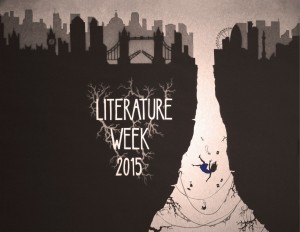 The British Academy Literature Week 2015, now under way, is offering a program heavily weighted towards fairy tales, ghost stories, fantasies, folk myths, and other deliciously imaginative genres. The British Academy, “the UK’s expert body that supports and speaks for the humanities and social sciences – that rich variety of disciplines that study peoples, cultures and societies, past, present and future,” and “funds research across the UK and in other parts of the world, in disciplines ranging from archaeology to economics, from psychology to history, and from literature to law,” has put together a schedule including “Other Worlds… after dark,” delving into fairies and make-believe, a dissertation on Angela Carter and contemporary culture, storytelling and fairy lore from seelie expert Marina Warner under the heading “Into the Woods,” an exploration of African folk tales, and a walking tour of London led by the host of the London Fortean Society, Scott Wood, where you can “hear the secrets of London Bridge, meet the Temple of Mithras and walk the sites of giants, ghosts and lost rivers.”

In these arid times of austerity and political tension, there can’t be enough tribute paid to the traditions and institutions that helped make Britain greatly fey. May the good fairies bless you, British Academy.