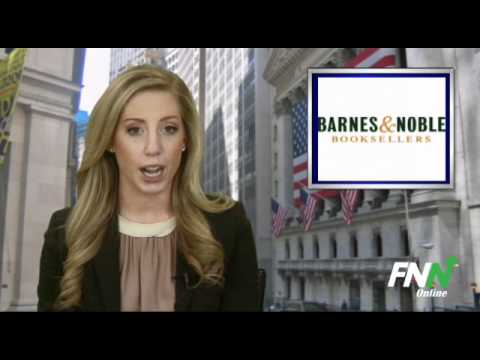 We aren’t normally in the business of sharing stock picks here at TeleRead. But for the past three days, one of the biggest stories on the e-reading beat has been the news that Pearson—the British educational media company that owns the Financial Times and the Penguin Group—just invested $89.5 million in Barnes & Noble’s Nook Media division, equalling a five percent equity stake.

Business publications and financial journalists, of course, have responded en masse by sharing their own opinions about which companies in the e-reading space are headed for greatness, and which ones may have taken too many financial missteps already.

As a writer who always keeps one eye on the digital publishing industry, it’s been an interesting storyline to follow, so I figured I’d share a few predictions from the financial media world.

The Hidden Value in This Failing Company (The Motley Fool)

“[Pearson’s] $90 million investment … prices the Nook division at around $1.8 billion—twice the company’s market cap,” writes Andrew Marder, for The Motley Fool. “Pearson made a good call getting in on the Nook, and investors should do the same.”

Read the rest of Marder’s story, though, and you’ll find that he isn’t really suggesting a BKS buy. “There are a lot of tensions in Barnes & Noble right now,” he writes. “On the bear hand, it’s a big-box store in an era of big-box store extinctions. It’s competing against Amazon.com (NASDAQ: AMZN) for book sales, and against Amazon, Google, Apple, and just about everyone else for e-reader sales.”

According to Marder, “investors have been hoping for … a spinoff of the Nook business, which would give it freedom to operate without having to support its ailing parent company.”

In other words: When and if B&N decides to turn Nook Media into its own company, start picking up shares. But until then, it’s a fool’s bet, you might say.

Reporter Christopher Zara’s story has an interesting premise: He suggests that one reason the Nook “has never wooed more than 25 to 30 percent of the e-reading public” has to do with the fact that B&N has essentially been playing catch-up with Amazon ever since 2009, when it responded to Amazon’s Kindle by releasing a similar product. That’s probably a fair argument.

And yet on the flip side, Zara reminds his readers of something that may prove to be a relatively large leg up for B&N, and that’s the fact that many of the big-box stores where the Nook can be found simply won’t stock the Kindle.

Also interesting (to me, at least) is the barely-hidden insinuation in the following paragraph:

“Pearson, Barnes & Noble’s newest business partner, has already been taking steps to defend itself against [Amazon,] the online retail giant. In October, it announced that it is merging its Penguin Books unit with Random House to create the world’s largest publisher of consumer books.”

Perhaps I’m reading too much into it, but Zara seems to be suggesting that Pearson and B&N are attempting to build some sort of enormous publishing behemoth—an entity that might just be big enough, in other words, to take on Amazon … and win.

And while it’s true that a five percent equity stake in the Nook Media business isn’t much, Pearson disclosed the following in its own press release: “Subject to certain conditions, Pearson will earn the option to purchase up to an additional five percent ownership in NOOK Media.”