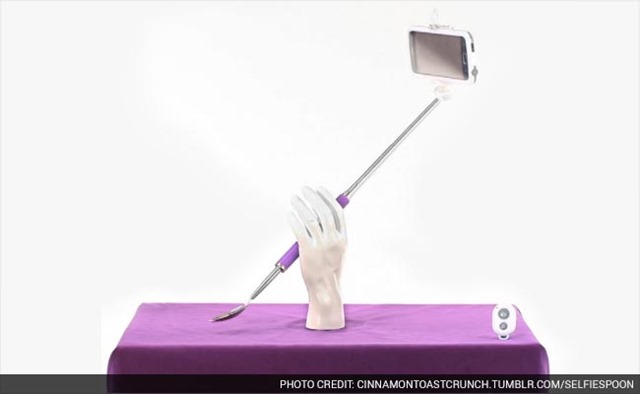 So, what’s the weirdest mobile-related gadget you’ve seen so far this week? Mine is the new Cinnamon Toast Crunch “selfie spoon.” It’s a selfie stick with a spoon on the end, that extends over 30 inches, with its own remote. So, you can take a photo of yourself munching on cereal, and possibly bean the person sitting across the table from you at the same time, which can surely only be considered a bonus feature. Then post it to social media. Because, after all, what good is breakfast if no one can see you eat it?

Not only could this be useful for those breakfast shots, it might also come in handy if you’re, say, taking a photo for a Swarm check-in at a soup restaurant or something. How could you not want something like this?

Apparently Cinnamon Toast Crunch is doling out a limited number of these per day, but if you’re lucky enough to get in quick enough, you can get it sent out to you for just the cost of shipping and handling. Who knows, maybe I’ll go for it. Why not, right? If you’re the sort of person who takes serial selfies…well, it’s an easy enough pun to make, isn’t it?