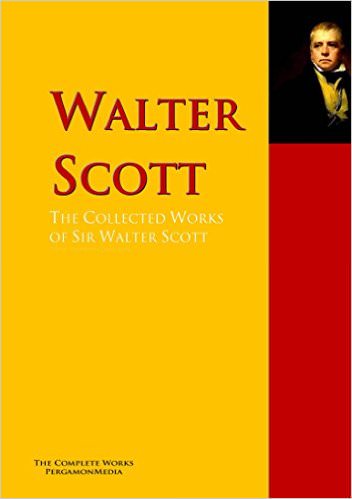 Regular Amazon Kindle users will probably have come across by now the kind of “Collected Works” single-volume e-editions of great writers now in the public domain. PergamonMedia, one typical producer of these, charges $1.11 per volume for works such as The Collected Works of Sir Walter Scott: The Complete Works, or The Collected Works of H. G. Wells: The Complete Works. PergamonMedia is hardly the only player in this field, though, and some charge double this price or more.

Basically, you’re paying (modestly) for convenience and (hopefully) for some editorial clean-up. Are you actually getting anything more? In some cases, yes. Earlier Project Gutenberg digital editions, for instance, often miss a proper hyperlinked table of contents: these “Collected Works” volumes generally add them. Convenience can be relative, though, depending on your e-reading device: In the case of the Walter Scott edition mentioned above, we’re talking 41,600 virtual pages and a 33631kb file size. That may be an issue with some devices, though so far I haven’t had any problems with any of mine. And the tables of contents themselves may be a drag to scroll through. Time and again I’ve found myself bounced halfway through a large volume by hitting a chapter by accident in the ToC. And some readers may simply only want one work, and not care about the rest.

One other consideration to bear in mind is that other enthusiasts out there may have already put together a “Collected Works” edition for free. This may not always have the editorial or presentational standards of the paid editions, but they are free – in keeping with the principle of public domain. MobileRead is one good hunting ground for these, but by no means the only one. The Arkham Archivist’s free Complete Works of H.P. Lovecraft, for example, is a boon for Lovecraft fans.

Personally, I won’t be using these, but I have no special issues with the principle of people monetizing the public domain for what amounts to chump change. And I no longer have individual works by H.P. Lovecraft or Clark Ashton Smith in my digital library since I found the collected editions of these. So what’s your preference, TeleRead readers? Would you pay for “Collected Works” of public domain authors? Do you? Interested to hear.