How did comic book e-piracy get started? Writer and comic book colorist Glenn Hauman gave his opinion in 2007. It had to do with a comic book story by Kyle Baker, “Letitia Lerner, Superman’s Babysitter,” that was to be published in the Elseworlds 80 Page Giant #1 anthology, but ended up getting the entire book pulped due to DC president Paul Levitz’s concerns the story was inappropriate. However, the book had already shipped to Europe, and someone overseas scanned it and posted it to the Internet.

This subsequently led to hordes of comic book fans learning how to download comics from the Internet—and to more of them scanning and posting said comics. Ironically, Baker ended up winning two Eisner awards for the comic and it was the only one from the anthology to be reprinted.

The point is that when the distribution system– and I mean the entire chain, from publishers to distributors to retailers — fails, a black market will pop up. It happened with this story. It happened when people couldn’t get copies of Captain America #25. It’s happening now with Miracleman, one of the more popular torrents out there, because it can’t be brought back into print. It’s happening in countries where legitimate versions aren’t available yet, if ever — witness fan-subbed manga and anime, or Doctor Who episodes. It’s happening more and more as publishers try to extract every last dime they can out of the existing fan base, placing themselves on the upper half of a Laffer curve.

And it’s not going to get any better. But then, it never does, once you’ve shown them that sometimes, getting a copy online is the only way you’re ever going to get to read it. Even if it’s not strictly legal.

Of course, sometimes content producers can learn. For the first time ever, the most recent season of Doctor Who actually aired on the same day in the US and the UK. (Well, part of it did anyway. About half of it was delayed by one week, suggesting that the content producers may still have a bit to learn yet.) 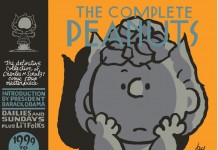