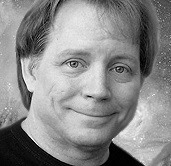 Update (9/30/2015): I have been contacted by Patrick Lake’s lawyers, who asked for a revision to the story to make it more clear that these are Cochran’s allegations, which Lake vigorously disputes. Lake has filed a counter-claim. I have made the requested revisions.

Update (9/1/2015): The below story is a little out-of-date at this point, but not quite enough has come to light for a whole new post on the matter, so I’m updating this story for the sake of anyone who stumbles across it in Google.

In the months that followed the publication of the original story, Cochran has come to believe that the identity of the Internet troll running the defamatory web site has become revealed as a man named Patrick Lake. Cochran states that it took six months of trying to serve him with legal papers, as he was very canny about dodging them, but they finally got him—and then, Cochran says, he was arrested for attacking and injuring the housemate who cooperated in serving him the papers. (Lake claims the fight was reciprocal and is disputing the criminal complaint.) Cochran claims that the evidence against him was so strong that Lake did not even attempt to defend himself, and Cochran has filed for a default judgment and damages. He says that he expects to have a court order to shut the attack site down within a few days.

Cochran has posted his side of the dispute to his Facebook here, here, and here, and in comments below.

In the letter I received, Lake’s attorney states that Lake actually did respond to Cochran in court in May, demonstrating that he wasn’t properly served at his former employer’s office. (The dates of the court documents show that it did take four more months after that for Lake to be successfully served, even after Lake was sufficiently aware that Cochran was trying to serve him to respond in court.) Lake’s attorneys unsuccessfully attempted to explain to Cochran’s attorneys that Cochran’s allegations were misplaced. Subsequently, Lake has filed a cross-claim against Cochran for defamation, stating that he has nothing to do with Fans Against Fraud and Cochran has been spreading defamatory rumors about him. He also states Lake did not forge Cochran’s signature on the contract, and states that Cochran reached it, and chose to settle when Lake threatened to sue him over it.

Update: Cochran has determined the responsible party is not his former employee after all; said employee has contacted Cochran in such a way as to convince Cochran it wasn’t him, and apologized for his prior behavior. Cochran reports that more evidence has emerged about who the responsible party actually is, and he has provided that information to his lawyers and instructed them to “go after him to the fullest extent of the law.

It’s never easy to have to deal with trolls, and Connor Cochran, publisher of Conlan Press, best known for publishing works of Peter S. Beagle including The Last Unicorn, might have it worse than most. Over the last few weeks, an  Internet troll has begun spouting allegations against the publisher relating to delays on filling a small number of orders for a customized product, and over the weekend he managed to find some press coverage via pop culture blog Bleeding Cool. Cochran has responded with his side of the story [update: the post has since been removed], (also covered by Bleeding Cool) and plans to file suit for defamation.

I’ve been acquainted with Connor Cochran and Peter S. Beagle for quite some time, ever since I interviewed them on my “Biblio File” podcast for several hours way back in 2007. Cochran essentially formed his publishing business for the purpose of helping Beagle out of the bad financial situation he’d gotten into after a number of publishers had failed to pay Beagle what he was owed. He’s a great guy, and I know he has worked tirelessly on helping Beagle, and a number of other authors as well.

And he’s met with a good deal of success. In 2011, Cochran and Beagle came to an agreement with Granada Media to make good the years of royalties Beagle was owed on the movie adaptation of The Last Unicorn, and cooperate going forward. That led directly to the Last Unicorn screening tour, in which Beagle and Cochran are traveling from city to city with a newly-restored print of the movie. (I am looking forward to 2016, when it should finally hit Indiana.)

All the same, Cochran is very busy, and Conlan Press is a very small operation that takes up almost all his time (especially considering that he and Peter are spending so much time on the road with the movie tour). This means he has less of it to devote to projects such as doing personal sketches in the current “Extra Deluxe Edition” of The Last Unicorn books. As a result, they’ve been coming out very slowly over the last few years.

In the last month, an Internet troll has taken to posting defamatory statements about Cochran on a web site, Fans Against Fraud. Cochran formerly thought the troll was an ex-employee, but it turns out to have been someone else. The individual claims and responses aren’t really all that interesting. It’s effectively a troll posting flamebait on the Internet, no more and no less. If it weren’t that he was using assets Cochran claims he obtained illicitly from Conlan Press and potentially seriously harming Cochran’s business (and his customers’ privacy) Cochran would probably be better off leaving it be. Certainly the lawsuit is going to draw more attention to Fans Against Fraud’s claims. But Cochran has solid responses to those claims, and feels he will be vindicated in court.

Besides, the troll’s claims aren’t even anything new. Works being delayed, sometimes for years, was happening well before the troll was even hired. I placed an order for a set of Last Unicorn audiobook MP3 CDs on April 15, 2005 and it still hasn’t shipped yet. But that’s not due to any sort of malfeasance on Cochran’s part, other than perhaps being a bit more ambitious in some of his projects than was truly wise for a one-person business. Given the number of Kickstarter projects that have failed to deliver over the last few years, he’s hardly alone in that. But unlike those Kickstarters, Cochran is offering full refunds to anyone and everyone who wants them. He provides email addresses and phone numbers in his post for those who wish to get in touch with him..

As I was writing this story, I spoke to Cochran via one of those phone numbers, and he explained that the last holdup before shipping the MP3 CDs is some illustrations commissioned for an accompanying book from renowned fantasy artist John Howe. The commissions had been delayed due to Howe’s work as a conceptual design artist for the Hobbit trilogy for the last several years. Now that the trilogy is finished, Cochran anticipates getting the art in very soon, and if not, he might go ahead and finalize the project without it.  I opted to go ahead and wait for it. After all, it’s been 9 1/2 years; what’s a few more months?

It’s a pity that this sort of thing should happen right when Cochran and Beagle are finally seeing some well-deserved success after all their hard work. That might very well be why the troll is speaking up now. Hopefully Cochran can find the time and resources to ship out all those back-orders soon—and I’m really looking forward to seeing them in my hometown in 2016.

Update: The person behind fansagainstfraud.com claims not to be that ex-employee after all. In a post on his Facebook page, Cochran is dubious, but looks forward to getting the matter cleared up one way or another in court.