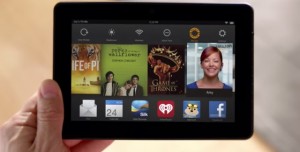 Kindle Fire HDX owners may have used the Amazon Mayday button for assistance with their gadget, but not everyone is looking for technical help with their devices.

In a letter from Jeff Bezos to shareholders on Thursday, Bezos recounted some of the more interesting ways customers have used the ‘Mayday’ button.

– 475 customers have asked to talk to ‘Amy,’ the Mayday television personality

– There were 648 instances of Mayday advisors being sung to

I’m sure that’s not exactly what Amazon had in mind, but people were going to find ways to use the Mayday button even if they didn’t help in figuring out some on their Kindle. But getting a pizza could be tough, and people need to eat!