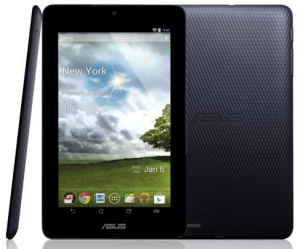 Who said Android Jelly Bean tablets have to be pricey? Not us, not Asus, and certainly not Adorama, since the online retailer now sells the MeMo Pad 7 (aka ME172V) for just $99.95.

That’s a whopping $50 off the slate’s list price, though in all honesty it’s just $10 or $20 less than what sellers like Amazon or Newegg currently charge for the MeMo Pad. Then again, free money is free money, plus Adorama’s $100 ME172V is in all likelihood the cheapest ever Jelly Bean-powered slate. (At least the cheapest coming from a well-known manufacturer like Asus.)

Now, what does the 7-incher offer for that $100? Not much, obviously, but at least in terms of design it’s very close to the hugely successful Nexus 7. Thirty grams heavier and a tad thicker, but still uncannily similar.

Beneath the hood, you’ll struggle to find similarities between the two, as the MeMo Pad 7 comes with a modest 1 GHz VIA WM8950 chip, 1 gig of RAM and 16 GB of internal storage. Oh, well, you do at least get microSD support, which the N7 lacks, and a 4,270 mAh battery that’s not too shabby.

Bottom line: This is by no means a technically impressive gadget, but it’s a definite steal at 100 bucks. 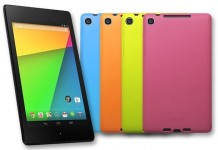 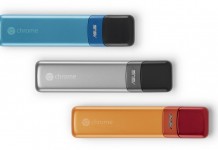 Asus Chromebit finally arrives: Does it make sense for e-reading?