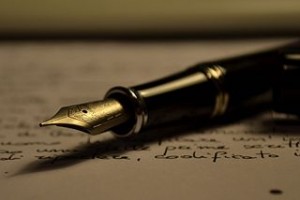 An article at Digital Book World reports on a study they did with Writer’s Digest magazine, polling “over 9,000 aspiring, self-published, traditionally published and ‘hybrid” authors.’ They concluded that authors, on the whole, are ‘not satisfied.’ But how true is that? I looked more closely at some of their numbers, and the conclusions they reached about author satisfaction made perfect sense to me. There were areas where each author community did show ‘dissatisfaction.’ But those areas strongly correlated to areas in which that particular author group had to to either work harder or cede more control to others. I’m not sure ‘dissatisfaction’ is quite the word which describes that. Take a look at some highlights!

1) Pricing of the book. The self-published and hybrid authors were more satisfied, which makes sense as they can control their own prices and hence choose one which is most satisfactory for them.

2) Number of copies sold. Nobody was particularly satisfied, which again, makes sense to me. Sales people always want to sell more than they do!

3) Royalty rate. Traditionally published authors were again least satisfied. As with the pricing issue, those who had the most control were the most satisfied with the outcome.

4) Total earnings. Hybrid authors were by far the most satisfied, which again makes sense to me. They get the self-control of publishing and the distribution of traditional publishing. It’s the best of both worlds.

5) Amount of help they could get from industry professionals. Traditionally published authors were the most satisfied, which is logical given that they are the ones who have the readiest access to these professionals…

6) Time required of them to personally market the book. This was fairly similar across the board, which was the only data point that kind of surprised me. Anyone who thinks that traditionally published authors are off the hook on this because that is the publisher’s job has the wrong idea!

7) Amount of creative control they had. The self-publishers were almost three times more satisfied than the traditionally published. Quelle surprise.

Overall, the picture is a pretty clear one: more control equals more satisfaction. Self-publishing for the win?