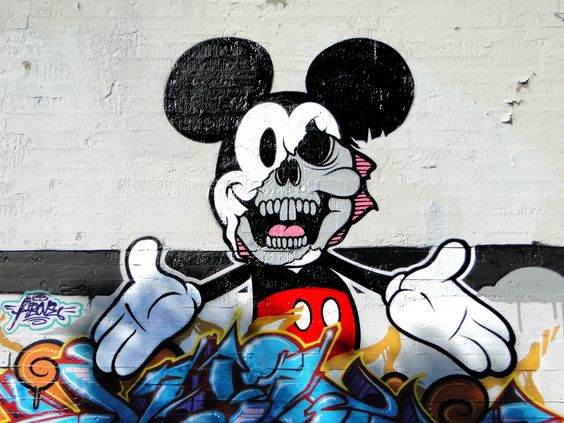 The Walt Disney Company has had a toxic relationship with the U.S. political process at least as far back as the 1998 Copyright Term Extension Act, a.k.a. the Mickey Mouse Protection Act, which extended copyright on corporate creations to up to 120 years. And apparently, nothing’s changed. Because, according to a letter from Disney CEO Bob Iger to employees, leaked to Ars Technica, the company is pressing workers to contribute their own money to DisneyPAC, its political action committee.

A propos the 2016 election season, Iger writes (as quoted by Ars Technica) that “the election will also impact issues that affect our company. As such, we will continue to work with our representatives in Congress to ensure that they understand our perspective on critical issues like trade, intellectual property, tax, and travel policies. I write to urge you to consider supporting the Company’s efforts through a contribution to DisneyPAC. A well funded DisneyPAC is an important tool in our efforts to maintain our positive profile in Washington.”

Iger’s action is certainly legal, however questionable, and not that out of line with practice in any other year. OpenSecrets.org data shows DisneyPAC spending on lobbying peaked at close to $600,000 in 2008, far in excess of 2016’s $230,000 spent – so far. But this year’s push looks especially controversial – and insensitive – in the light of continuing debate around the Trans-Pacific Partnership, which had Big Media lobbying written all over it.

“We played a major role in ensuring that the ‘Trade Promotion Authority’ legislation set high standards for intellectual property (IP) provisions in our trade negotiations, and we helped get that bill through Congress,” Iger continues. “We used that language in TPA to advocate successfully for a strong IP chapter in the Trans-Pacific Partnership (TPP) trade negotiations. We also pushed for provisions to promote digital trade and to reduce barriers in media and entertainment sectors. TPP will establish a strong baseline of protection for intellectual property while breaking down trade barriers in the Asia Pacific region. In both TPA and TPP we had to overcome significant efforts to weaken respect for IP, pushed not only by foreign governments but also from within our own Congress and the Administration.”

So there you go. Iger is asking his employees to pony up money to oppose copyright reformists in government. And, he continues, ” DisneyPAC contributes equally to Democrats and Republicans each calendar year. For your convenience, DisneyPAC has implemented a payroll deduction system, through which your contributions to the PAC will be deducted from your weekly paycheck.”

For anyone interested, the Federal Election Commission has full information on DisneyPAC – in full, the Walt Disney Productions Employees PAC – with document filings as far back as 1993. It should be obvious from Iger’s letter, though, that this PAC is anything but a spontaneously organized “Employees PAC.”

If there’s a worse specimen of how rancidly corrupt U.S. copyright and IP policymaking has become, I can’t think of it offhand. And Disney is now pushing its own people to become partners in crime. Just as well that Mickey is a cartoon and can’t blush.