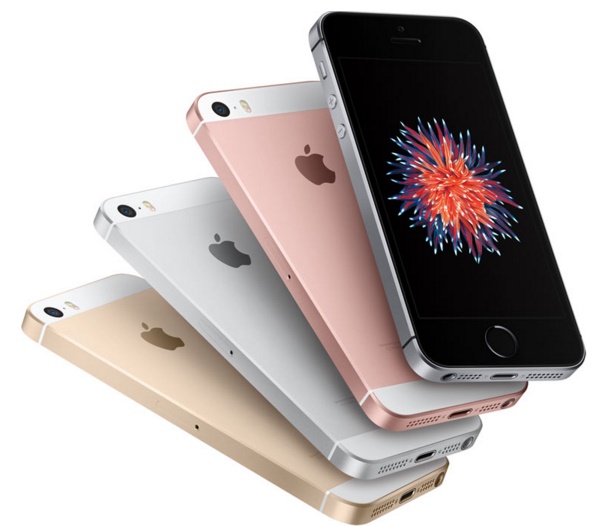 Apple’s latest mobile devices, announced today, are not likely to rock your world. They might just about register on the Advanced LIGO detectors, but those are about the only equipment outside the Apple Reality Distortion Field likely enough to register the difference they will make to anyone’s lives, or Apple’s fortunes.

To start with, there’s the iPhone SE, whose great claim on our attention appears to be – that it’s small. In fact, Apple headlines it as “A big step for small,” and describes it as the most powerful 4‑inch phone ever. To create it, we started with a beloved design, then reinvented it from the inside out … The result is an iPhone that looks small. But lives large.” Small versus large could also apply to its price: $399. Small for an iPhone, maybe. Large for a 4-inch phone? I guess we’ll have a chance to find out what the market thinks on March 31st, when it debuts. But personally I won’t be squatting outside any Apple Stores to rent the space to eager buyers.

Then there’s the 9.7-inch iPad Pro, whose main selling point, once again, seems to be that it’s a smaller, cheaper version of something else. Its Retina display is claimed to be “25 percent brighter and 40 percent less reflective than iPad Air® 2,” which must be rather hard on long-suffering iPad Air owners. And “incredible performance with the 64-bit A9X chip that rivals most portable PCs” will surely turn your iBooks pages quicker. Pricing starts at $599 for the 32GB WiFi version, and once again, market debut is slated for end March.

I’ll admit to my usual dose of anti-Apple snark, but my reality remains resolutely undistorted by these units. Yes, both look to be very serviceable and elegantly turned out iterations of existing Apple technology. Both have Retina displays. Both will serve first-time users or repeat buyers very well. But is the digital device market about to abandon the phablet form factor for smaller screens all due to the iPhone SE? Does either device have enough going for it to justify the cost premium on other mobiles capable of doing almost as much at a fraction of the price? When will Apple stop pissing off journalists – and probably customers and analysts too – with the pointless disproportion between the hype around its products and the mediocre reality? Investors obviously agreed, because Apple stock turned south during the event.