Are U.S. politicians conspiring together to dumb Americans down to the point where they’ll more easily re-elect them?

I doubt that. If nothing else, keep in mind Donald Trump is not an incumbent with budgetary powers. Still, we might incorrectly arrive at the dumb-down theory if we consider the miserly $4 per capita that U.S. public libraries can spend annually on books and all other paper and digital content. Scrooge might as well control the purse strings.

And, yes, the number of books matching patrons’ precise needs and interests can affect usage, whether the medium if paper or E.

Of course, if vast numbers of library users still didn’t know of the libraries’ e-book lending services, even if the majority did, that would partly explain the 25 percent. But wait. There are other reasons. Lack of titles’ availability in e-book format was the biggest obstacle. And that means money—one reason for the creation of a national digital library endowment to help address the issue among others.

Another barrier to e-book usage? Too-short loan periods. Needless to say, more money for books could help in this area, too (as well as could reasonable terms for libraries from publishers and distributors).

Granted, some patrons just preferred print, but significantly, the study found that users perceived print selections as being far more extensive than digital ones. Right. Who’d have thunk?

“The study, conducted this spring and based on responses from 2,000 adults over the age of 18, found that patrons are not against using digital media; 58% said they read fiction in a digital format at least sometimes, a figure that dropped to 53% of patrons for reading nonfiction,” Milliot reports. “Half of patrons said they never read children’s books in digital format.”

Methinks the 58 and 53 percent would be much higher if more people knew how to read e-books and deal with issues ranging from navigation to glare-reduction. Enough money for digital-era professional development of teachers and librarians would help on these matters. In addition, how about digital divide issues? Not everyone has the right hardware or the knowledge of even the related basics, and the endowment could encourage solutions. Also helpful, of course, would be improvements in display technology and other e-book-related tech, and inevitably that will happen.

As for children’s book, the debate still rages among the expects, some of whom say kids benefit from the feel of paper. What’s more, kids’ books often rely heavily on pictures. E Ink Kindles cannot do justice to graphics, assuming they can display them; and tablets may not be large enough. Still, even an e-book on a cell phone is much better than no book at all.

I suspect that the preferences of the kids’ parents, their role model, may also play a role. Get the parents up to speed on E and the children will follow.

Alas, the full report costs $99 for Book Industry Study Group members and $399 for nonmembers. The exact title is “Digital Content in Public Libraries: What Do Patrons Really Think?” and it covers many areas beyond the topics discussed above. Please note that the study, which I have not seen, is almost surely business- rather than activist-oriented. Nevertheless, it helps document the relationship between library budgets  and  e-book usage, and that is a genuine public service.

I know. Some print diehards may rejoice that public library e-books are not as popular as they could be. But in dissing e-books, the Luds may actually be endangering the future of books as a whole. While some would say that bookstores and private subscription services can replace libraries, let’s remember that Americans read few enough books as it is (follow the just-given link).

Libraries, just by focusing on their mission of spreading and elevating mass literacy, especially among racial and ethnic minorities, can fit in with publishers’ marketing plans long term.

I can even see national security ramifications, beyond the power of good, well-funded libraries and schools to upgrade the workforce for military as well as civilian purposes. Public libraries with well-stocked collections and knowledgeable and caring librarians are one way to help immigrants live up to their potential while showing more open-mindedness toward others. That means fewer racial and ethic divides—and less chances of violence-friendly religious teachings taking hold. Same idea would apply to white Americans. The crazies who bombed the Alfred P. Murrah federal building in Oklahoma City were not Syrian refugees.

Once again, keep in mind that the BISG-ALA report as summed up in PW is not a political document (and if nothing else, I wish it could cost less). But it certainly should help the white hats, not just at the national level but also during local budget battles.

Other significant stats, from BISG and ALA via PW: “The lack of availability of an e-book did not mean…that many patrons would simply not read a particular title: 37% said they would put their name on the e-book waiting list, while 24% would borrow the print book, and another 12% said they would illegally download a copy. Only 3% of patrons said they would not try to read the title.” More money would mean shorter waiting lists and more inclination to use them. Thirty-seven percent isn’t that impressive. As for print book borrowing—great. Here’s to reading whatever the medium! But e-books potentially could drive down libraries’ costs through greater economies of distribution, especially if national digital library systems facilitated the sharing of resources. As for 12 percent illegal downloading—well, we know what that means for publishers. By contrast, a national digital library endowment could provide for fair compensation.

Trump’s position on public library funding: The New York real estate community’s treatment of public libraries has been far from benign. I don’t have Trump’s record, however, and I’d love to be surprised. For now, we can safely conclude that if nothing else, he has less than an overwhelming appreciation of the factual and the democratic (small d)—so much of which public libraries are about. 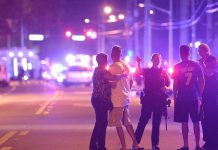 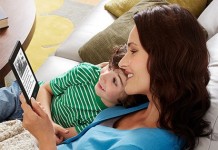