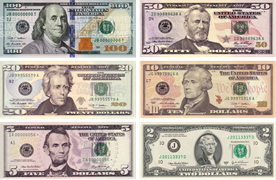 Nate and Good E-Reader are on the money in blasting Big Five houses for bloated publocracies and the inevitable result. Overpriced books—to pay for the waste.

We know, too, that the B5 are trying to protect their investment in pulped-wood publishing, by way of e-book gouges. Sigh. They never learn. Years ago I was grousing about the same issues. I’m pleased to see others carrying on the fight. Joanna may soon have her own thoughts to add.

Now here are  other angle to consider, in the shoot-yourself-in-the-foot department:

1. E-books aren’t just competing with each other or within paper edition. They’re also competing with other forms of mass entertainment such as all-you-can-watch Netflix—and better and better video games. The advances are not just technological. Consider the writing and acting of TV series such as Breaking Bad and Mad Men. New episode are not coming out. But other shows will follow with the same quality. This is the time for major publishers to lower, not raise, book prices.

2. Further making books less competitive, for the masses, is the tendency of some in the publishing industry to fixate on the interests of the well-to-do. Even certain librarians have gone along. Michael W. Perry, a regular TeleRead commenter, complains of “idiotic novels about guys who fly to Europe like other people drive to their local mall.” Exactly! Yes, there is a place for novels about the rich, as well as for Jane Austen clones. And I also realize that plebes like to read about the rich to escape. But could large publishers be overdoing it? In fact, one PR expert helpfully articulated the mindset of certain executives at large New York houses: Book Publishing Should Market to The Rich. Should? Members of the publishing elite already are, more than they should.

3. B5 publishers aren’t paying enough attention to half the population—men. Three-fifths of book buyers are women. Publishers need to work more closely with schools to even out the gender ratio while still giving the female market its due. Smarter book-acquisitions alone will not suffice. Let’s think long term.

4. Big publishers love to hire their people on the cheap, and diversity suffers, which in turn hurts editorial judgment. I doubt much has changed since this 2011 Forbes article. Alas, the concerns of Wellesley-educated editors—the types who use family resources to augment pathetic salaries for high-cost areas like New York—are not necessarily those of typical readers. Nonpaying or low-paying internships further make B5 publishing a citadel of the elite. Racial minorities, soon to be the majority of the U.S. population, are outrageously underrepresented. Diversity programs can’t substitute for salaries big enough to recruit blacks, Hispanics and other minorities and have them hang around.

A good, healthy remedy for all of the above would be Draconian cuts in top publishing executives’ salaries so they could better understand the needs of typical readers, as well as the competition from plebian forms of entertainment such as Netflix (60 million subscribers, worldwide). Dream on, huh? It’s not going to happen. But I do hope that, regardless of the power that agency pricing gives the Big Five, the large houses will show a little more interest in the needs of nonaffluent readers outside Manhattan and such.

Likewise helpful would be the creation of a national digital library endowment, which could put more money in the pot for everyone—writers and publishers alike. Alas, while the leaders of the big publishers worry about every nickel and dime lost to piracy, they are apparently unwilling to consider the possibilities here. Better to revel in the status quo, regardless of the sustainability issues. Am I wrong? I’d love to be. If you’re a B5 publisher and understand how an endowment could help your bottom line—not just society at large—let’s hear from you!

Update: Joanna’s links for today, including thoughts on e-book gouges.