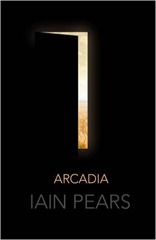 In the foreword to an annotated edition of A Fire Upon the Deep, Vernor Vinge stated that he believed hypertext was the future of literature. While I was dubious at the time and remain dubious now, an article on BookRiot covers a few experimental “e-lit” works which are using hypertext and other new media capabilities to tell their stories.

The pickings in the article are a bit sparse, actually. The first work is a novel called Arcadia by Iain Pears, which was written as a multi-threaded iPhone or iPad app with multiple worlds and protagonists and hundreds of ways to explore the story setting. Pears discusses it in a piece for The Guardian. This work seems to be less a way of using hypertext to tell a “choose your own adventure” story than it is in making it possible to experience one interwoven story in multiple ways. Pears seems surprised that this sort of work isn’t being done more often:

Ebooks are now quite venerable in computing terms, but it is striking how small an impact they have had on narrative structure; for the most part, they are still just ordinary books in a cheap format. An analogy is the early days of cinema, when film-makers did little more than plonk cameras in front of a stage and film a play. It took some time before they realised that by exploiting the new possibilities the technology offered – cutting, editing, closeups, lighting and so on – they could create a new art form that did not replace theatre, but did things theatre could not. Computing power properly understood and used can perhaps eventually do something of the same; not supplant orthodox books – which are perfectly good in most cases – but come into play when they are insufficient.

I think it’s really a question of just how many readers want the kind of story for which traditional books are “insufficient.” It’s hard enough getting people to read something more complex than a traditional adventure novel, let alone something that they would need hypertext multi-threading to understand.

Something else that isn’t clear is how Pears can publish it in a printed form if it was intentionally written to be more complex than a traditional printed book. Is something being lost in the translation? He doesn’t explain, though I do notice that one of the formats listed for the book on Amazon is “multimedia CD.” I don’t have an iPhone, so I can’t explore the app at any rate. I wonder if he’ll put out a version for Android?

Another example from the BookRiot story is a hypertext game called Winterstrike, by Yoon Ha Lee. Built via the StoryNexus text adventure framework, this story plays out as a game where the player plays his way through the story by drawing cards and completing challenges, with the outcome changing depending on the decisions he makes. This is the more traditional “hypertext” method, but it runs into the same kind of problem that I had with Vinge’s original proposal. It’s free to play and seems intriguing enough—it might be a fun game—but it doesn’t feel like a book. It feels like a game. If I want to play a game, I play a game—but if I want to read a book, I read a book.

The last example is The Pry Novella by Danny Cannizzaro and Samantha Gorman. Described as another use of the medium as a narrative framework rather than a game, this iPhone app apparently also uses multimedia such as sound, video, and touch. But given that I don’t have an iPhone, I can’t explore it either.

Still, it’s interesting to see that people are making use of these tools in serious ways. Perhaps eventually one of them will catch on, and people will suddenly notice this new medium exists and start exploring it further. Or maybe it will simply remain an interesting curiosity. We can only wait and see.