A meeting of the European Union’s European Council scheduled to take place this week could bring about a retail mini-revolution for ebooks in Europe, at least if certain writeups in the media are to be believed. As reported in The Bookseller, the meeting may see the different rates of value added tax (VAT) on ebooks charged across the EU harmonized downwards, towards the same rate in each country that prevails for printed books.

“Here’s hoping that the European Council will come to the right decisions for us,” wrote “Finnish author living and writing in London” Helena Halme in her blog, where she explains how the UK currently charges a 20 percent VAT rate on ebooks while print books are VAT free. In Luxembourg, where Amazon is incorporated in Europe, the VAT rate on ebooks is 3 percent.  Obviously, if the law is changed to bring ebook rates to print book levels, the effective rate on UK ebooks could drop substantially – although UK ebook buyers currently pay only a 3 percent ebook VAT rate because of Amazon, Barnes & Noble and Kobo”s Luxembourg tax domiciles. Amid all the UK media hysteria around Amazon’s tax evasion policies, it’s interesting to see that this wrinkle of EU tax law, which actually benefits UK consumers, has passed unnoticed.

The meeting’s agenda items include one under the “digital economy, innovation and services” heading to “discuss the state of play of the digital agenda, with a view to providing guidance towards the completion of the Digital Single Market by 2015.” After 2015, VAT on ebooks is also to be charged according to the rate where the country where the buyer buys the book, not where the seller is incorporated. This means there could be a danger that ebook VAT rates in the UK would rise to 20 percent – unless the discussions now under way bring ebook VAT down to more consistent and sensible Europe-wide levels.

Previous EU attempts to unify ebook VAT policy have been less successful. The European Commission earlier referred France and Luxembourg to the  EU Court of Justice over the issue, but according to The Bookseller, the case has failed to make progress. 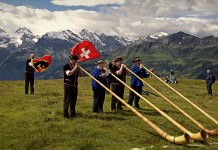