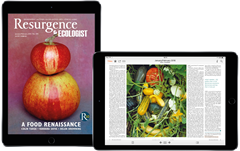 Here’s another area where e-books often fall short of print—complicated reference books. The current state of e-books is designed for mass market fiction and some nonfiction—simple, basic titles without a whole lot of illustrations, footnotes, or other involved formatting. The problem is, if you’re a library or other institution whose patrons need that kind of book, how do you deal with them?

Although Exact Editions digital books will look exactly like their print counterparts, they also feature advanced search technology, smart linking capabilities and institutional functionality. They can be read across web, iOS and Android native apps using IP authenticated network access, and when purchased, the institution receives the book as a perpetual access acquisition, including no usage limits and instant availability for all users.

The approach they’re taking sounds more nuanced than simple PDFs, which are the main way such complicated works have been presented before. But then, digital magazine formats moved beyond PDFs some time ago.

Rather than license individual copies of these books, Exact Editions plans to license them site-wide to universities and other educational institutions, with pricing based on the organization’s size. A small institution might have to pay $25 but a large campus $495 for the same book. So, the distribution method borrows from a magazine model, too.

We’ve covered Exact Editions a number of times, going all the way back to 2008. Its business model spans the rise of the e-reader and the tablet, and if anyone has the experience to take on a project like this, that company would. From an e-book point of view, I’m not sure that requiring network access to read a book is necessarily a good plan, but then, these are reference books rather than popular fiction, so I could see treating them more like online reference material.

The flexible licensing model should certainly prove helpful to smaller libraries, who won’t have to shell out large-institution rates for the same access to the material. Depending on how well the conversion works, it could fill in some of the usability gaps between simple words-on-screen e-books and the kind of complex material that has heretofore required the printed page.