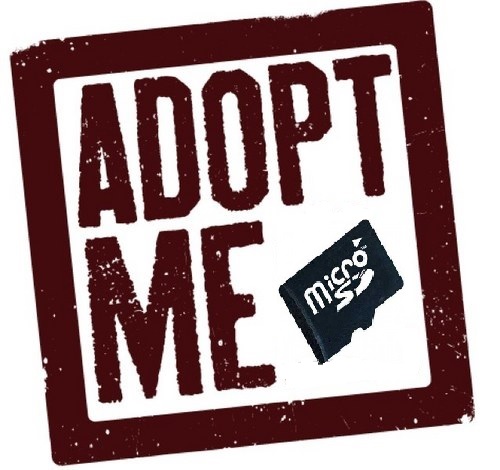 As Chris Meadows reported earlier, one significant step forward in Android 6.0 Marshmallow was the advent of adoptable storage, where a micro SD card or other external storage can be “adopted” into the Android system as it if was internal memory. As manufacturers start to roll out Marshmallow devices, or upgrades, this is going to be an issue for more and more users – except that some makers aren’t supporting it. So what are its advantages and drawbacks? And will it really make a difference to your ebook collection?

Samsung’s new Galaxy S7 has brought back a micro SD card slot to the flagship Samsung smartphone – but that slot won’t support adoptable storage. The same holds true for the LG G5. In fact, as yet, only the HTC One A9 and the Moto X Pure/Style reportedly support the feature. Should that be enough to sway your buying choices? And why aren’t the other manufacturers giving you the choice anyway.

The issue is, as Android’s own guidelines state, that “when external storage media is adopted, it’s formatted and encrypted to only work with a single Android device at a time. Because the media is strongly tied to the Android device that adopted it, it can safely store both apps and private data for all users.” However, Marshmallow will then use the new added storage for all kinds of processes, apps, and files. And if the adopted media is removed, you could hit major systems issues.

According to Samsung, as reported by Ars Technica, this could lead users to accidentally wipe the contents of their micro SD cards,and generally get confused by the new feature. Others have speculated that Samsung and LG simply want to continue flogging large-capacity devices, but that strikes me as a conspiracy theory too far.

I can actually see cases where I would use adoptable storage regardless of the risks, though. I had an ancient ZTE Skate phone for a long time with a mere 512 MB of internal storage, which soon proved far too little to run almost any modern app on, despite its attractions as an e-reading platform. Adoptable storage could have completely rejuvenated my device. However, such aging handsets are the last ones likely to get a Marshmallow upgrade.

Most more modern devices are going to have more than adequate storage for all but the largest ebook libraries anyway, of course. But apps, including large e-reading apps like the Android Kindle app (always rather a space hog), could be a different story. Android’s option to install apps on the external storage has never been especially helpful, with largish blocks of memory still taken up in the internal storage even for apps on the micro SD card. And that’s without considering cases like the $50 Amazon Fire, whose memory management treats some internal storage as a virtual “micro SD card” even when the device’s slot is filled up by an actual one. A straightforward adoptable storage option could simplify the whole issue of app space management – if manufacturers supported it.

For now, at least, it looks like the devices most likely to need adoptable storage are the ones least likely to get it. Most avid mobile readers won’t need the functionality it could provide on modern systems. But it would be nice to at least have that choice.