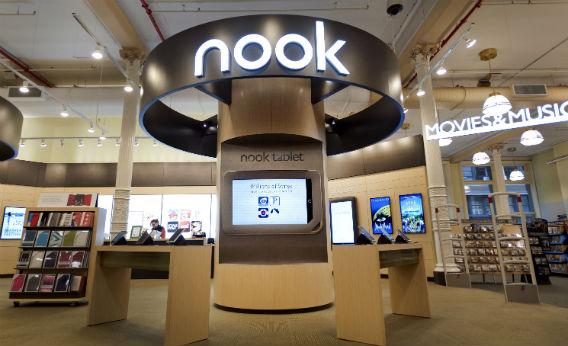 So what are we to make of this? An investment firm, G Asset Management, wants to buy 51% of Barnes & Noble in a deal working out to $22 per share. (Its current share price is $18.) This isn’t the first offer it’s made for the business, either. It offered $20 per share in November. If it can’t buy the whole thing, it wants to buy 51% of Barnes & Noble’s Nook business at $5 per share. The firm thinks that B&N should split its retail and Nook businesses.

The interesting thing to me is that, if B&N were to split its businesses, the half of B&N’s business that this investment group is specifically interested in is the Nook half. Why? Given that B&N has systematically mismanaged the thing for the last few years, and is only managing to keep afloat on the strength of its retail stores, why would an investment firm want the underperforming Nook side? It doesn’t exactly seem like the best investment. Do they think they can turn it around? (Or sell it to someone who wants to turn it around?)

Of course, Amazon has been going great guns with its e-book program. If there is room in the market for more than one vendor, B&N is about the closest thing Amazon has to a competitor that’s actually likely to be for sale. So they’re the best positioned to put up a good fight.

Or, perhaps, they might think they could break the Nook division up and sell its assets for more than they paid for the company as a whole?

According to Marketwatch, investors are skeptical G Asset Management can make good on its offer, given that it seems unlikely the company actually has that much cash on hand. An investment filing from a year ago indicates the company had raised only $1.75 million in securities sales. Buying B&N would take about $673 million.

In any event, it should be interesting to see what happens next.