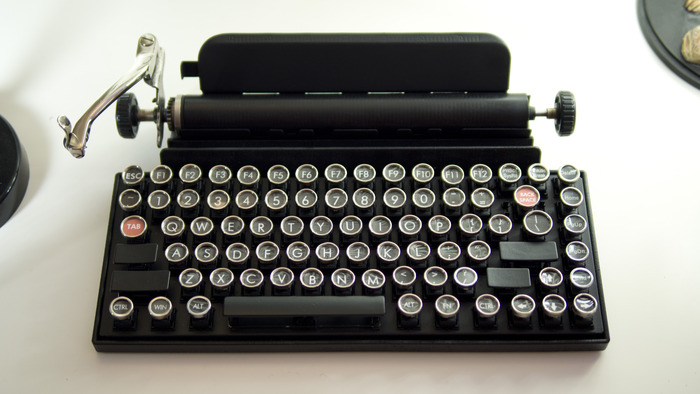 Retro tech buffs, steampunk fans, or veteran writers nostalgic for the days of the mechanical typewriter may all soon be in luck thanks to a highly successful Kickstarter campaign for “an 84 key, USB, Bluetooth-enabled, typewriter-inspired mechanical keyboard that simulates a tactile clicky feel of a vintage typewriter.” The Qwerkywriter, which will feature “custom typewriter-inspired keycaps, an integrated tablet stand, and a detachable USB cable via mini-USB port,” has breezed past its $90,000 funding goal with $129,164 pledged, and looks all set to go to market with a target shipping date of just over one year’s time.

Walnut Creek, CA-based Qwerkytoys, backers of the project, have already put the Qwerkywriter up on their homepage for pre-order. At $309 per item on pre-order, this is an expensive nostalgia trip, but that said, the “ESC,” “BACK-SPACE,” F-row, and other WIN US/ANSI keys are almost things of beauty in themselves – the kind of keys that many writers and geeks probably dreamed of but never expected to see. Qwerkytoys also states that “return bar functionality is currently under development,” which could be quite something to see – so long as it doesn’t knock the tablet off the stand. Bluetooth and USB functionality at least should ensure that almost any type of device can be accommodated, and the original specs outline states that “the Qwerkywriter tablet stand can accommodate a wide range of tablets (up to 5/8 inches thick).” 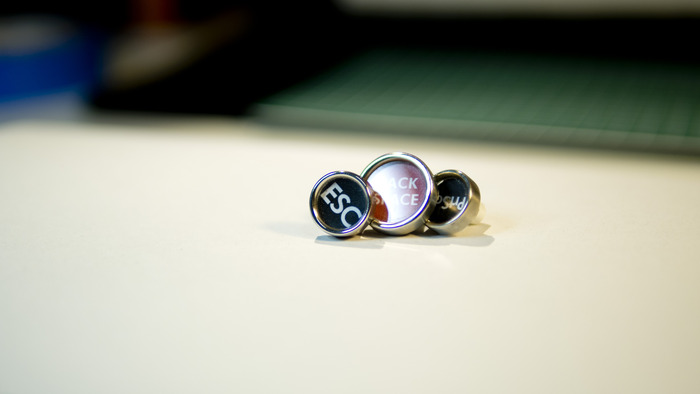 Qwerkytoys warns that the Qwerkywriter shown in its materials “is an early hand built proof-of-concept prototype as is subject to change. The final shipping version will be CAD engineered, machine tooled, and factory built.” However, I doubt that caveat and the price will deter substantial demand from writers, gamers, and all, keen to get qwerky to the sound of clacking keys. 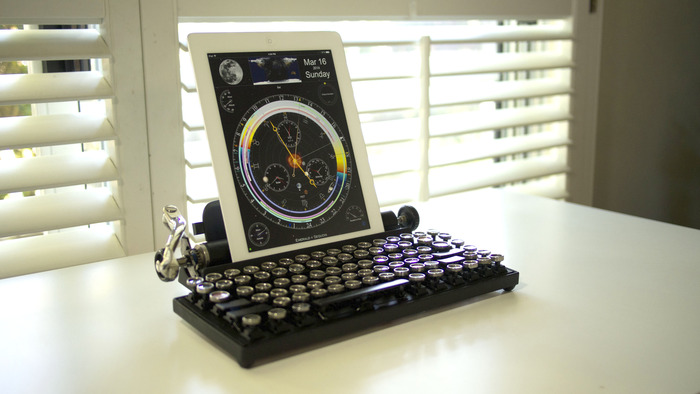