Right now, you are one of two types of people. You either have a Karma Go 4G WiFi hotspot and are curious about how to get the most benefit out of it, or you don’t have a Karma Go and wonder why you might want one. I’m writing this guide for both of you. If you have a Karma Go, I’m going to give you some tips on ways to make the best use of it. If you don’t have one, who knows? Maybe once you see what you can do with it, you’ll want to go ahead and get one yourself.

It’s possible you might not even know exactly what a Karma Go is, but that’s okay—I’ve got you covered, too. The Karma Go is a pay-as-you-go 4G wireless hotspot from Karma, using Sprint’s LTE 4G network to provide service. It has excellent coverage in most US cities, and pretty decent coverage in the corridors along interstates and other major highways. But the big thing that’s special about the Karma is the way its service works.

Karma is not like traditional MiFis or other hotspots in one key respect. With other hotspots, you have the ability to set any network name you want to, and you have the ability to impose a password so that you’re the only person who can use them. But Karma operates on an affiliate and referral principle, or what some might uncharitably (and inaccurately) call a “pyramid scheme.” Karma wants to sell its service not just to you, but also to anyone within range of you—and you get to reap some benefits.

Karma routers are always set to public. You have a login you use to access the bandwidth you buy—but other people can use it to access bandwidth they buy, too. Effectively, you’re a walking freemium hotspot—people get 100 megabytes of bandwidth free for signing up, then they can buy more if they want to. And you get 100 megabytes free for each new person who signs up through your router, too. They don’t even have to buy anything—they just have to log on. Up to 8 different devices can be connected to your router at a time.

This does have one slight drawback, in that your own personal connection to the router is not encrypted the way it would be if you had a router password. While other users can’t access your computer, it’s possible they could sniff any unencrypted packets going over the network and see what you’re doing. But then, they could do the same if you were using any unsecured WiFi network, such as the free WiFi at a Starbucks or a McDonalds.

The bright side to this is that unsecured WiFi has been around for so long that most websites that deal with confidential information, such as email services, social networks, or your bank, encrypt their web pages so that even a packet sniffer couldn’t make sense of them.

Still, if you want to be sure nobody can sniff anything that you’re doing, you might want to invest in an inexpensive VPN (Virtual Private Network) service. Don’t use a free one, or one of those that offer a ridiculously cheap “lifetime membership,” but there are a lot of reputable services around that run just a few dollars a month.

Don’t misunderstand: your “freeloaders” are not actually “stealing” anything from you. They might make your connection a little slower, but it’s fast enough already that you’d never notice the difference unless you’re doing a lot of high-bandwidth streaming or downloading—which you probably should save for a connection where you aren’t paying by the gigabyte anyway. They’re not drawing on the bandwidth you’re paying for; they’re buying their own. It’s not a zero-sum game. Basically, you’re providing a hotspot where no hotspot was before, and you’re getting a little free bandwidth yourself out of it. If that kind of plan doesn’t appeal to you, this probably isn’t the right service for you.

This kind of router can be especially handy if you tend to travel in groups a lot, like taking road trips with buddies. Now you can provide WiFi to your friends while you travel, but not have to worry about them using up all your bandwidth streaming music or downloading the latest episode of Arrow. They can pay for their own damn bandwidth—and they can earn you 100 MB of your own the first time they sign on. 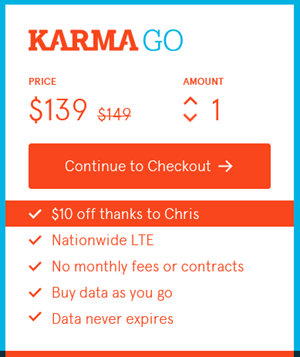 There’s another, more lucrative way you can pick up some ready cash from Karma membership, which is getting people to buy routers of their own. When you sign up, you get a referral URL—mine is https://yourkarma.com/invite/chris44844—that other people can use to save $10 on the cost of the $150 router. When they do, you earn $10 in Karma credit yourself.

You can share this URL with friends or complete strangers, post it to social networks or a blog, or even put it on your business card if you like. It doesn’t matter who uses it, but anyone who does earns you $10.

You don’t get this credit in actual cash, of course, but it does linger on your account to use against future bandwidth purchases. Get enough of them, and you might not have to pay for your own bandwidth for a long, long time. I’ll talk more about that later.

Here are my general tips for how to get started with your Karma. I’ll assume you’ve already followed the quick-start instructions for getting it set up and installing the app on your smartphone or tablet. Here are some other things you should do.

Here’s my advice for getting the most new WiFi users to build up more bandwidth.

Refer Routers for Fun and Profit

Here’s how you make the big money—or at least enough to cover bandwidth for a while.

The Karma Go seems like just the right hotspot for people who like to help other people, and who aren’t too shy about letting others know what they’re offering. Not only is it fast Internet for yourself, it can provide fast connections for up to seven other people, too, and you can pick up extra bandwidth and extra cash for being part of it.

Of course, like any referral scheme, the referral bonuses will only accrue so long as there are plenty of people out there who would want one and don’t have one yet. But that’s all the more reason to get in on it early. And even after the referrals taper off, you’re still getting fast Internet pretty cheaply, so why worry about it too much?

(This article is cross-posted between Medium and TeleRead. Please feel free to check out the other site and see if there are any useful comments there!) 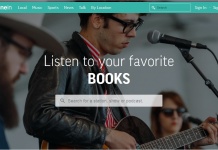 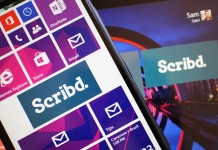 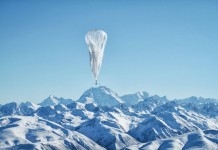 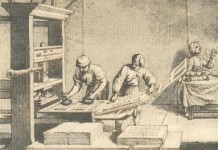