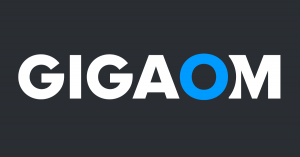 Back in March, tech news site GigaOm shut down due to bankruptcy. However, it appears to be lurching zombie-like back from the grave. And just as with zombies, it sounds as though the resurrection may be a significant step down from the original incarnation.

The only real public information available about the purchase comes in the form of a rather self-serving press release posted to the GigaOm site, stating that tech entrepreneur and author Byron Reese’s startup Knowingly Corp has bought the site’s assets and plans to relaunch it in August.

Ex-GigaOm writer Matthew Ingram writes at Fortune that unnamed sources have told him the sale went through at fire-sale prices—probably for less than $1 million—since GigaOm’s original editorial staff have all moved on. He also cites unnamed sources saying that Reese plans to focus on “evergreen” content—making still-relevant GigaOm articles easier to find, and commissioning more background articles rather than current news coverage.

In short, it sounds like GigaOm will become another content farm, as with Reese’s previous company, Demand Media. (By a strange coincidence, our one prior article on Demand Media also mentions GigaOm.)

It’s a sad fate for a brand that used to be one of the more respected names in tech news coverage. But that’s what happens when you run out of money. 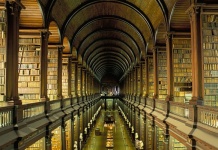